“HOLLYWOOD DIRECTORS ARE CLOSER TO GOD” 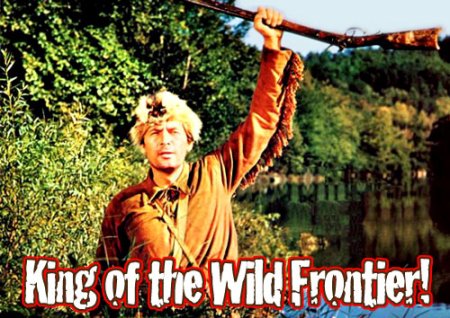 You might be interested in an email that I received from Bob Driggers.  This editorial, written by a friend of Bob’s, appeared in the Brownsville (TX) Herald.  The patriots in Texas are fighting on many fronts.  Bob has sent an email that describes shootouts along the Texas border with Mexico.  Now, the Texans have an oil spill mess to add to the immigration problem.  Where are Crockett and Bowie when you need ’em? – CR

James Cameron, the esteemed and very successful Hollywood movie director (Avatar, Titanic) is quoted as calling British Petroleum’s management a bunch of morons.  This is apparently because they declined his offer to help them plug the oil well blowout in the Gulf of Mexico.

The Obama Administration is outraged by this highly inappropriate snub and breach of protocol because, as we all SHOULD know, Hollywood Directors are closer to God than any of the rest of us.

This is a clear example of the complete loss of common sense in Washington D.C. and the current administration.  Obama’s implication is that a Hollywood film director knows better how to address deep sea petroleum engineering than the largest, most successful energy companies on the planet.

I suppose that this sort of nadir in behavior should be expected of a group who have never been in the “private sector” where people actually do things and get paid for creating value.  The academics and government workers surrounding our president are clueless.

They schedule meetings and form committees, and yes, call on Hollywood movie directors to seek counsel on what to do as the Governor of Louisiana begs for a permit to build sand berms to stop the oil from entering their estuaries.

This is a very bad time for this great nation as our leadership has no sense of direction except to kill business, increase taxes, and regulate us into oblivion.  And oh yes, I almost forgot….call on Hollywood to solve our problems.

I verified the veracity of this email.  Here is just one of many articles that authenticates the story:

Here’s a “little” story that could relieve many oil spill fears.  You won’t hear or see this one in the mainstream:

This entry was posted on Saturday, July 10th, 2010 at 10:56 PM and is filed under BIG GOVERNMENT, Commentary, Helps. You can follow any responses to this entry through the RSS 2.0 feed. You can leave a response, or trackback from your own site.