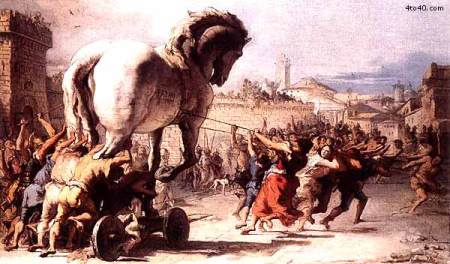 (It is July 16, 2012 and this piece, originally posted in Sept. of 2010,  has just hit my “top posts.”  Because of this, I have come back to read it and have found that I did not include a link to the Ignorant Fisherman’s article.  To be fair to I.F., one may view the entire article here.  Also, I am not a prophet.  You might notice that my work here was posted on Sept. 8, 2010.  The I.F.’s original article is posted on November 1, 2010.  How could I have possibly responded to an article that was not yet written.  Obviously, the I.F. deleted the earlier post, maybe made some corrections, and reposted it.  As I don’t have the entire earlier post, I can’t identify all of the corrections.  However, I have read enough of the reposted article of Nov. 1st to know that it still has problems in it. I will compare them completely as time allows.)

In an online article, published today, these statements were made:

One of the greatest deceptions taking place in this election season on the Right is the “fiscal conservative” movement headed up by the Tea Parties. This movement is a Trojan horse filled with liberal social policies that will put the final nail in the coffin of our once great nation. My friends, hear me out on this.

First, let me state that I am a proud Tea Party supporter – lock, stock and barrel. I have attended several Tea Parties. I have called and written to my legislators and hold soundly to the principles of fiscal conservatism, the vision of our Founding Fathers and their admiration of Adam Smith’s famous book, The Wealth of Nations. That being said, I repeat that the “Tea Party brand” of fiscal conservatism is NOT enough to save America. I personally know that the core of individuals that participate in the Tea Party movement are SOLID conservatives (fiscal and social), but many also are NOT and many more are deceived in thinking that they are.

I don’t understand how someone can state:

One of the greatest deceptions taking place in this election season on the Right is the “fiscal conservative” movement headed up by the Tea Parties.

And then turn around and say:

“I am a proud TEA party supporter.”

I don’t understand how anyone could support one of the “greatest deceptions.”

We’re still not past the first two paragraphs.

I personally know that the core of individuals that participate in the Tea Party movement are SOLID conservatives (fiscal and social).

Was the article written by two different people?

The post was written on a blog called “Ignorant Fisherman,” and after the disaster of the first two paragraphs, the third has half truths.

It is true the TEA party has united around fiscal issues.  However, a huge portion of those same people are very concerned about the departure from Christian principals.  Since the blogger was writing as a Christian, I think he should have used the term “Christian principles” instead of the term “socially conservative principles.”  The last term has some baggage that I won’t elaborate on here.

In fairness, the Ignorant Fisherman got in a true statement:

The heart of the reason we are at a fiscal crossroads in America is the almost total disintegration and destruction of the traditional family unit. Today there are no dire social consequences for violators of moral laws that keep them in check and hold them accountable. In fact, they are applauded as trend-setters of the new social order. With no meaningful deterrent or purposeful stop from a decadent existence, the America family unit is caught in an ever downward “tail spin.” By denying the masses accountability through passing immoral laws, our government has thus given approval for all forms of decadence and manner of vices. This kind of thinking and action, however, carries horrific consequences which are now ravishing America. It is truly lamentable also that the majority of Americans are “numb and dumb” and live in a delusional world of moral relativism (Isa. 5:20). These accept these vices and licentious behavior as “moral” and “normal.”

This, I agree, is one of the key problems.  When you go to the front page of the United States Secretary of State’s web page and the headline is about supporting the “Lesbian, Gay, Bisexual and Transgender Month,” Houston we’ve got a problem.

I.F.’s statement is true but it should be balanced with an addition.  Those who have family problems because of someone else’s sin or their own should be shown mercy by those in the churches.  Yes, we should teach those who have sinned (who hasn’t) to “go and sin no more,” but the log has got to come out of millions of eyes.

The article then posts a few good quotes from the past.

“The moment the idea is admitted into society that property is not as sacred as the laws of God, and that there is not a force of law and public justice to protect it, anarchy and tyranny commence. If ‘Thou shalt not covet’ and ‘Thou shalt not steal’ were not commandments of heaven, they must be made inviolable precepts in every society before it can be civilized or made free.” –John Adams

“The propitious smiles of Heaven can never be expected on a nation that disregards the eternal rules of order and right which Heaven itself has ordained.” –George Washington

My friend, can’t you see that we are almost at the end? Even Sodom and Gomorrah practiced somewhat sound fiscal policies and their land prospered (Gen 3:10-12, 21-23), but they were wicked, violent and godless to the core (Gen.13:13; Jude 1:7)! Almighty God set these as an example and warning to all who follow in their godless steps of blatant and willful violation of His divinely ordained Natural Laws and Moral Absolutes. Almighty God’s wrath is on all such immorality and the base cultures and societies who practice it (Rom. 1:18-32; Gal. 6:7; Jude, 1:7).I don’t know how close to the end we are, but there are days I have the same thoughts.  It happens when I hear something that confirms reports that moral absolutes are no longer believed by the majority of Americans. 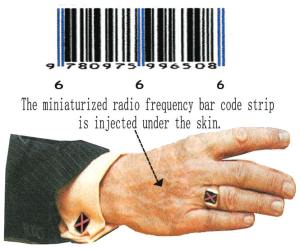 The I.F. then has a few paragraphs explaining how fiscal conservatism will lead to the Mark of the Beast.

I’m back to the question I posed earlier: “Then how in the world can you be a TEA party supporter.”

Most of those involved in the Tea party movement are there for good reasons. They feel that government is out of control, controlling, and clueless as how to “stop the bleeding” of reckless spending gone amok.  Most are concerned about the welfare of their children and grand children.  How can anyone fault such concern?

I agree that the TEA party is not enough to save America, but if there’s a final nail that’s going to be drivin into our nation’s “coffin,” it’s not going to come from that group.  Please!!!

This entry was posted on Wednesday, September 8th, 2010 at 10:31 PM and is filed under Commentary. You can follow any responses to this entry through the RSS 2.0 feed. You can leave a response, or trackback from your own site.