NASA, THE ADMINSTRATION THAT CRIED “WOLF” 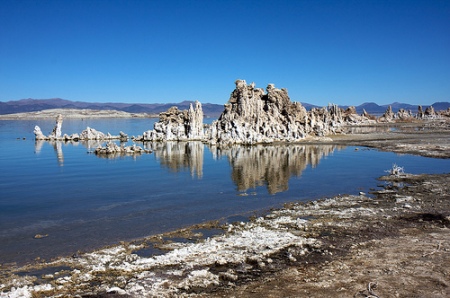 Mono Lake, where the aliens were found/ Photo by Christopher Hynes

“We will have a news conference.”

“The news we will share will impact the search for evidence of extraterrestrial life.”

After reading several articles about the press conference held by the best at NASA, I will no longer anxiously await future announcements.  O.K., I’ll be honest.  I expected something like this.

I already knew that aliens lived in California after spending most of my first 20 years there.

One thing I have learned.  NASA is deeply involved in the study of astrobiology.  How much money it is spending on a theory that can never be proven (evolution) is anyone’s guess.

I could save NASA and American taxpayers the millions being spent on Astrobiology.  The answers for our Genesis and the future life of the universe can be found in God’s Word, the Bible.

Here are a few words from scripture that apply to all of this merry making.  They are not my words.

Romans 1:22
“Professing to be wise, they became fools.”

So…what ever happened to the boy who cried “wolf?”

This entry was posted on Thursday, December 2nd, 2010 at 8:19 PM and is filed under Aliens, Commentary, LIFE, News. You can follow any responses to this entry through the RSS 2.0 feed. You can leave a response, or trackback from your own site.

4 Responses to NASA, THE ADMINSTRATION THAT CRIED “WOLF”