A NEW YEAR’S GIFT TO YOU

Would you like a gift, a gift for the new year?

If you have no interest in how the gift was found, go to the bottom of this post and click on the link under “The Gift.”

It has been admitted on this blog before that its author isn’t a Bible scholar. He would never be called a Bible scholar if one looked at his bookshelf.

His study of God’s Word is not as systematic as it should be, perhaps.

He usually finds a topic that is of interest and goes from there.

He was reading psalms 83 one day and checking certain claims that that it “speaks” of our days and the events about to occur in the Holy Land. 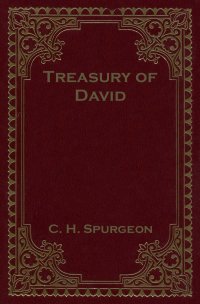 One thing I do have is Charles Spurgeon’s “Treasury of David.”

I thought to look up Psalm 83 in the “Treasury of David.”

One verse of Psalm 83 explains why it has received a lot of interest lately.

4They have said, “Come, and let us wipe them out as a nation,
That the name of Israel be remembered no more.”

Haven’t we heard a glassy-eyed leader in the Middle East make statements identical to this verse in the past few years?

As I read the comments of certain theologians regarding verses 6, 7, and 8 (they are the verses describing nations that have conspired against Israel), one small comment stood out.

“It may be observed that these were on all sides of the land of Israel; the Edomites, Ishmaelites, and Amalekites, were on the south; the Moabites, Ammonites, and Hagarenes, were on the east; the Assyrians on the north; and the Philistines, Gebalites, and Tyrians, on the west; so that Israel was surrounded on all sides with enemies, as the Lord’s are troubled on every side, 2 Cor. iv.8; and so the Gog and Magog army, of which some understand this will encompass the camp of the saints about, and the beloved city, Rev. xx. 9.” – John Gill

I remembered Mr. Gill’s name from previous journeys into the “Treasury.”  His 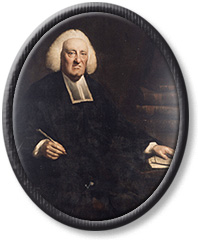 statement gave the Psalm future meaning, something that most theologians of his day hadn’t done.

I wanted to know more about Mr. John Gill.  I figured that there would be very little about such a figure via the modern information highway.  How many John Gills have there been since 1700?

The first two Google “results” were about the man I was looking for! The “wiki” description included:

“John Gill (23 November 1697 – 14 October 1771) was an English Baptist pastor, biblical scholar, and theologian who held to a staunch Calvinistic Soteriology. Born in Kettering, Northamptonshire, he attended Kettering Grammar School where he mastered the Latin classics and learned Greek by age 11. He continued self-study in everything from logic to Hebrew, his love for the latter remaining throughout his life.

“In 1748, Gill was awarded the honorary degree of Doctor of Divinity by the University of Aberdeen. He was a profound scholar and a prolific author.”

It is notable that his pastorate lasted 51 years.

Then I clicked on the top result from Google.

There, without explanation from an anonymous editor, began Dr. Gill’s entire exposition with an “Introduction to Genesis.”

In a left hand column, one can find every chapter in the Bible, listed vertically and in order.  I randomly clicked on one.  It included Dr. Gill’s verse-by-verse exposition of the chapter.

I felt as if I had struck gold. 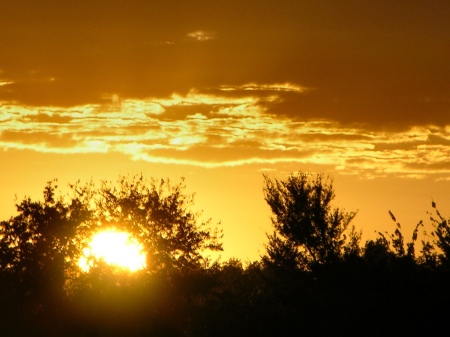 Who had done all of this work?  What unknown editor had entered the entire thing into an electronic format?

I have read enough of the work to believe that it far surpasses 95% of anything coming from modern scholars and “professors.”

And it was free…to me at least.

Someone spent a great deal of time so that I could read it.

I could not be more appreciative.

There you have it.  I have found something that I think has great value and I would like to share it with you.  The link is below.

I wish you and yours a very happy New Year.

I found this later. Many are aware of Dr. Gill’s knowledge and discernment.  In fact, there’s a word press blog dedicated to him.  Note the favorable statements of Mr. Gill on this “about” page of the blog:

This entry was posted on Saturday, January 1st, 2011 at 9:59 AM and is filed under Words that Uplift. You can follow any responses to this entry through the RSS 2.0 feed. You can leave a response, or trackback from your own site.

6 Responses to A NEW YEAR’S GIFT TO YOU