BELGIAN TWINS EUTHANIZED OUT OF FEAR OF BLINDNESS 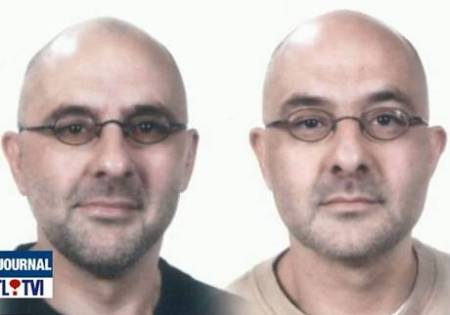 Before I share most of the article by Mr. Schadenberg, printed in The National Right to Life News Today (I edited out some suggested reading that had no links),  there are a few things about this story that you should know.

Here are a few quotes from this USA Today article:

1. “Distraught about going blind, 45-year-old deaf twin brothers from Belgium chose to be euthanized because they couldn’t bear not to see one another, according to reports from Flanders.”

2. “Calling legal euthanasia a ‘slippery slope,’ Catholic Online declares, ‘It is only a matter of time before we report the story of the first child euthanized in Belgium,’ which is predominantly Catholic.”

3. “Besides Belgium, voluntary euthanasia — generally called assisted suicide in the USA — is legal in the Netherlands, Switzerland, Luxembourg, Oregon, Washington, and Montana.”

You should also know that the twins had to go to court and fight for the “right” to end their lives.

You should also know that Belgium’s Socialist Party leader, Thierry Giet, supports expanding euthanization laws to include those under  18 and Alzheimer’s sufferers.

Life is getting cheaper every day.  Man is playing God in so many ways.  I think this idea of choosing to die when you want will only become more widespread.  No one likes pain, but how does a person know that God can’t use them for His glory after going through a difficult illness?  Helping others in difficult times is a rewarding and valuable experience for all involved.

I agree with Catholic Online.  I think legal euthanasia is a very ‘slippery slope.’

Here is the article that appeared in The National Right to Life News Today:

To preface my blog article about the recent articles concerning the practice of euthanasia in Belgium, one needs to acknowledge that the Quebec government is considering legalizing Belgian style euthanasia through the back-door.

The Daily Mail newspaper in the UK published an article today that that was written by James Rush and Damien Gayle and titled: Deaf twins who discovered that they were going blind are euthanized in Belgium hospital.

“On December 14, 2012, identical twin brothers who were born deaf died by euthanasia at the Belgium University Hospital in Jette, even though they were not sick, they were not yet blind, and they had lived a productive life together. They died by lethal injection.”

“Euthanasia is legal under Belgian law if those making the decision can make their wishes clear and are suffering unbearable pain, according to a doctor’s judgment. …

“But this case was unusual as neither twin was suffering extreme physical pain or was terminally ill.

“The two brothers, who have not been named but were pictured on Belgian television, both worked as cobblers and shared a flat together, The Telegraph has reported.”

The article in the Daily Mail also reported that the 45 year old twins died by euthanasia only days before the ruling socialist government announced plans to expand the Belgian euthanasia law to include children with disabilities and people with dementia or Alzheimer’s. The article stated:

Just days after the twins were killed Belgium’s ruling Socialists tabled a legal amendment which would allow the euthanasia of children and Alzheimer’s sufferers. …

These men were not suffering, they were not sick but they were deemed to be “better off dead.”

The Daily Mail article concludes by stating that in 2011 there were 1133 reported cases of euthanasia in Belgium.

It is important to note that in Belgium studies indicate that up to 47% of all euthanasia deaths go unreported.

You may see the article here.

This entry was posted on Tuesday, January 15th, 2013 at 1:40 PM and is filed under Commentary, LIFE, News. You can follow any responses to this entry through the RSS 2.0 feed. You can leave a response, or trackback from your own site.

2 Responses to BELGIAN TWINS EUTHANIZED OUT OF FEAR OF BLINDNESS