A case exposing the double standards of Norway’s CPS 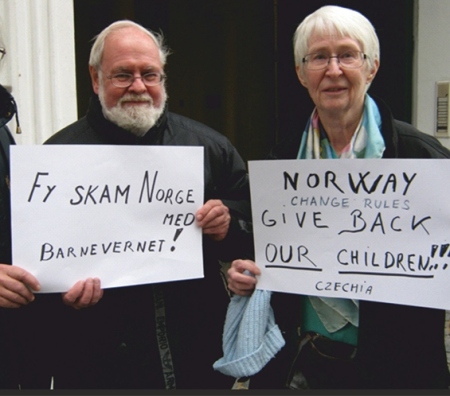 Brøyn was found guilty of possessing and sharing an enormous quantity of material—about 200,000 pictures and 4,000 hours of video—showing children subjected to brutal sexual abuse. The indictment against Brøyn reads: “Pictures and videos show sexual abuse committed by adults against children, sexual acts between children, and children performing sexual acts on themselves.”

This case is symptomatic of the Norwegian child protection services (CPS) system (known as “Barnevernet”) and our authorities’ attitude to it. It demonstrates the double standards of what people in authority do and say in relation to the strict legislation regarding children that they themselves promote and through which they exercise power.

The Norwegian police were notified of Brøyn’s possession of this material as far back as 2014, from the Swiss police. However, Brøyn was not stopped from continuing as an expert and child psychiatrist in the CPS system for several years thereafter. He has been downloading abuse material from 1997.

…However, Brøyn was not stopped from continuing as an expert and child psychiatrist in the CPS system for several years thereafter…

HERE IS ANOTHER WAY TO SEE THE ARTICLE. (This is Suranya Aiyar’s excellent website. She has spearheaded this series of articles in the Sunday Guardian Live.)

A photo of this “top child protection expert” from 2010

Written by Tomáš Zdechovský, a Member of the European Parliament

If I have to talk about Norway’s child protection services, Barnevernet, I admit that I have exchanged my favourite quote: “Believe in victory, and victory will believe in you” for a different one: “A blind person is not the one who cannot see, but the one who does not want to see.”

The case foremost in my mind is of a Czech mother Eva Michalakova, whose two sons were taken by Barnevernet. This was the first case of the state-sponsored snatching of children in which I got involved. Before this I was mostly fighting for the rights of fathers for access to their children after divorce. These fathers had been unfairly deprived of a full relationship with their children, but the case of Eva was far worse. Her boys had been taken on allegations of child abuse that were proven to be false and yet the children had not been returned. Even three years after the allegations were found to be false, Barnevernet refused to return the children.

The unfortunate brothers are till today being brought up separately in two different foster families. Barnevernet claims they are allowed to see each other once a month for a short time. Initially Eva was permitted to see them individually for two hours twice a year. Such visits that took place were under strict supervision and very harsh rules; no physical contact was allowed and use of the boys’ mother tongue—Czech—was prohibited. If she reminded the boys of their nice moments together in the past, the visitation would be immediately terminated.

Later even this meager visitation was cancelled on the ground that the mother had “harmed” the children by going public with the story of their removal. The boys’ grandfather was deprived, even on his deathbed, of the chance to speak to them once before dying. He was not even permitted to contact them via Skype on the grounds that he had shared one of the boys’ illustrations on Facebook, which was said to be “uncomfortable” for the boy. It turned out that even this silly claim was false, as in reality the grandfather had no Facebook account. And there was also no way for him to get an illustration.

READ THE REST OF THIS SUNDAY GUARDIAN LIVE ARTICLE HERE.
———————————————————
This article is published in collaboration with http://www.saveyourchildren.in, lawyer Suranya Aiyar’s website critiquing the role of governments and NGOs in child-related policy.

I will eventually link to each article in this outstanding series of articles. I am very appreciative of Suranya Aiyar’s efforts. She has not only made a big difference in her home country of India by making her fellow countrymen aware of these evils, she has been an advocate for children all over the world.

One of the best articles I have read about the child stealing Norwegian Child Welfare Services (Aren’t they supposed to help families?):

We all have very warm associations with the ways in which we were brought up. The meanings of our experiences are so intricately woven around cultural traditions that they are often impossible to fully explain to an outsider. Why something was funny, why another was treasured, why someone was loved and why another was avoided, why some flavours were cherished and some spaces were treasured, these are all the substance of our childhood memories. Yes, many times, not all these experiences are pleasant, but for the large part, we all grow up developing our own unique collection of memories and meanings. These memories make us who we are, as we read in the posts of the last month on the issue of Identity and Selfhood. What happens when we move before our identity is fully… 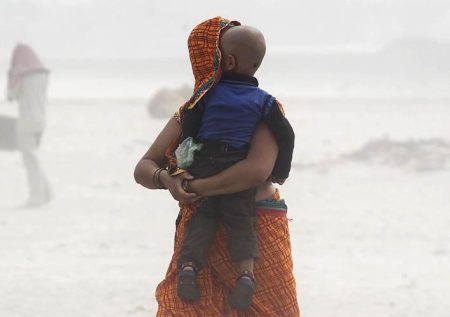 Photo from The Sunday Guardian Live

In the past year or so, this blog has posted many sad stories coming out of Europe, Norway in particular, about the abuse many families have received by those whose job it is to help struggling families. It is a great tragedy of our times. I know that similar problems in America have been mentioned occasionally but perhaps not enough.

Many U.S. citizens have written on the topic but a credible Human Rights Activist from India is also voicing concerns.

An article with the above title can be found HERE in the Sunday Guardian Live with the subtitle:

“Legal experts, doctors, and investigative journalists alleged that the US child protection agencies were biased and used flawed techniques to detect abuse.”

A portion of the article…

“Suranya Aiyar, a New-Delhi based lawyer, who has been providing counsel and aid to Indian families in the US, Norway and other countries to help them get back their confiscated children, recently submitted a “Report on Indian and India-Origin Children Confiscated by the United States Child Protection Agencies” to the Ministry of External Affairs. Based on her extensive case study of 12 Indian families, who were falsely accused of child abuse, her report sheds light on the US agencies’ many biases and flawed methodology. The report wants a travel advisory to be issued to young Indian families moving to the US of possible confiscation of their children as, in most cases, the victim families are not aware of what might goad the child protection agencies to initiate action against them.”

I have watched Suranya’s tireless attempt at publicizing cases like the ones mentioned in the article and I so appreciate her ability to bring interest to the subject through articles and interviews in the news media and in social media.

This is the first in a series of Sunday Guardian Live articles which I will post here as they are published.

“Hello folks! I am proud to announce that my website http://www.saveyourchildren.in is launched! Also, from tomorrow, The Sunday Guardian will run a series in collaboration with me called “Global Child Rights, And Wrongs”. It will have essays from experts on this issue around the world. Thank you to all who supported my work in this area. I could *not* have done it without you! Enjoy this video – which sums it all up!”

The new site was very impressive in my first review. The SAVE YOUR CHILDREN website will be a great resource in many ways.

I was not surprised by Suranya’s announcement. Professor Marianne H. Skanland, who needs no introduction to readers here, kindly let me know of Suranya’s plans. More importantly, Marianne has published a very interesting GROUP OF LINKS to:

“Articles in the internet edition of the Chicago Tribune around 15 years ago reported on the federal government of the USA in 1997 pressing for increased adoption of foster children. Eager compliance from social agencies may also have increased the taking of children into care.”

Sadly, the same psychobabble that happens in Norway does occur in the U.S. The main difference at this point seems to be that American due process (fair treatment through the normal judicial system, especially as a citizen’s entitlement) seems less corrupt.

A prayer for the New Year, that Baby Aryan and others like him are returned to their loving families in 2017.

Before the reblog of the Headlined story above, I would like to publish an email that I recently received. My name and the name of this blog has been added to the signed letter below. If you would like your name included in this appeal to the External Affairs Minister of India, just let me know in the comment section and I will forward your name to Suranya Aiyar who is very active in trying to help this family.

We, the undersigned citizens and residents of Norway, relatives of victims in Norway and activists from around the world, are writing to express our support for your intervention in the matter of the 5-year-old only child of Anil Kumar and Gurvinderjit Kaur who has been snatched by Barnevernet in Oslo, Norway last week.

Barnevernet, the Norwegian child protection authority has for many years been wrongly taking children from loving parents in Norway. The reasons are incompetence, overbearing officials, lack of transparency, inadequate
judicial oversight,and, in cases involving cultural and religious minorities, prejudice andracism.

Some of us have ourselves been victims of Barnevernet. We have been campaigning against Norway’s cruel child protection regime for years and this year alone there have been protests every month against Barnevernet attended by hundreds in cities around Norway. Supporting protests have been held in many countries around the world, including the United States of America, Russia, Australia, Brazil, Romania, Czechia,Lithuania and India.
We appreciate India’s earlier efforts in saving Indian children from Barnevernet and highlighting the human rights abuses of Barnevernet in Norway. We urge you to spare no effort in enabling the child of Anil Kumar and Gurvinderjit Kaur to be reunited with his family in Norway or repatriated to India where he can be brought up by his extended family in the country and culture of his origin, and to which he has been used since birth. This is his right under both Norwegian law and international law.

The Norwegian government and their CPS (Barnevernet) have not reformed their ways as was hoped after the international embarrassment they suffered in the wake of snatching the five Bodnariu children.

Barnevernet is back on the international scene because they secretly removed Aryan, an Indian boy (mother Indian citizen) while he was in school for alledged slapping by the parents. Same tactic was used in the Bodnariu case. No warning, no court order, no social intervention or “help,” only the nuclear option. This is how Barnevernet operates.

Well, the parents are now crying out for international support and they have been featured on English-language CNN in India. Delight in Truth friend, attorney Suranya Aiyar was featured on the program with strong and passionate arguments against Barnevernet.

Looks like we are on the verge of another international scandal, and Norway and Barnevernet victims need it!  Maybe the shame will reach an unbearable…