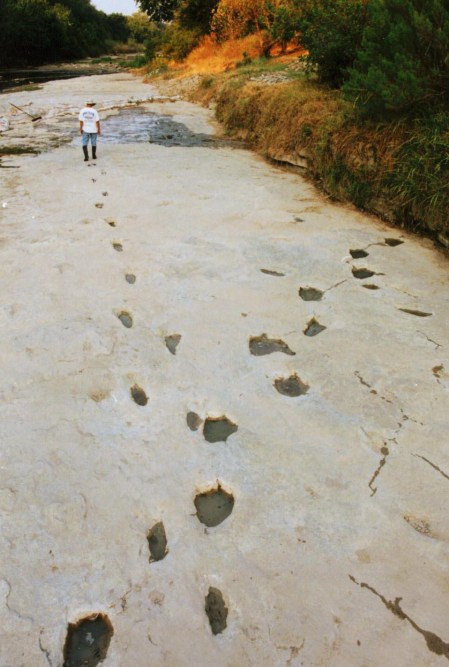 Dinosaur and human Footprints in the Paluxy Riverbed

I found this article at the Institute for Creation Research.  The above picture shows the famous “Taylor Trail” at Paluxi.  I have used this picture before in one of the most viewed posts on this blog.

As Christine states in her article, there is now better evidence for the Creationist viewpoint.  At the same time, she doesn’t deny that the footprints are important. 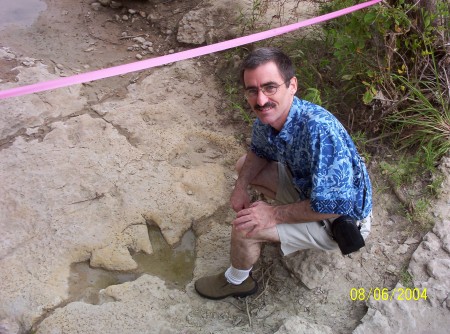 That’s Me with the Dino Tracks in August of 2004

I have been to the Paluxi River and had my picture taken next to a Dinosaur footprint.  Unfortunately, the human tracks were not visible, but this picture shows clearly that the dino tracks are there. The picture was taken at the Dinosaur Valley State Park in Texas.

It is very close to Dr. Baugh’s Creation Museum where this picture was taken: 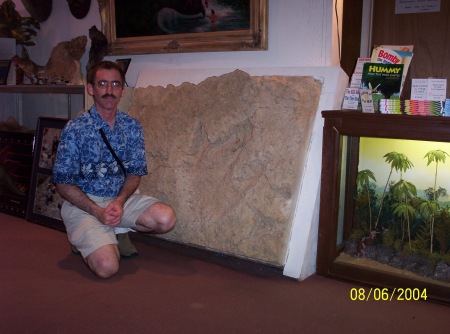 An important book about the subject was published in 1980.  It was called “TRACKING Those Incredible DINOSAURS” and was written by John Morris, son of the founder of ICR. 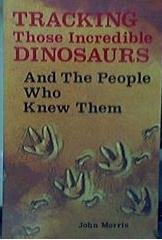 Although ICR has backed away from the evidences found in this book, it is filled with eyewitness accounts of man and dinosaur footprints found in the same strata.  I have the book, and the accounts seem authentic to me.

One example is found on page 13.  During the Great Depression, residents of the area sold prints to make money to feed their families.  James and Cecil Ryals estimated that they quarried approx. 100 dinosaur tracks and about 10 human tracks.  Dinosaur tracks were more desirable and a good one could fetch up to 50 dollars.  The same page details how they went about their excavations.

The Ryals are not the only witnesses.  The book has other examples.

I believe in a young earth.  It is not millions and billions of years old.  I believe that man and dinosaur lived contemporaneously.  I agree that the prints discussed here are not the best evidence for Creationism, but how can one completely discount them?

The Dinosaur Valley State Park in Texas is another showcase for the Darwinian evolutionists if one reads the signs at the park.  In reality, it is evidence for Scientific Creationists like me. 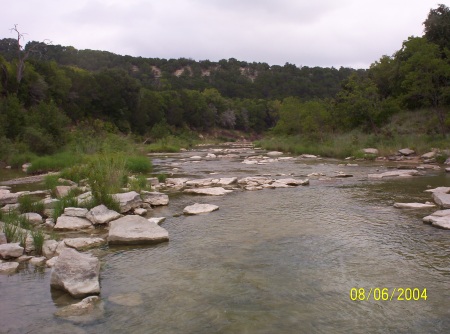 Appealing to public emotions is a tool employed by politicians, media, and anyone trying to win supporters for a specific agenda. Naturally, such efforts can skew or omit facts, as is often the case in mainstream presentations of the ongoing battle between evolution and creation science. A recent Discovery News feature provides a telling example of this particular ploy.

Published online July 11, the feature is titled “Evolution Controversies: A History in Photos” and includes photographs from the Scopes “Monkey” trial of 1925, a cartoon of British naturalist Charles Darwin with the body of an ape, and a photograph of an exhibit in the Institute for Creation Research’s former Museum of Creation and Earth History in Santee, California.1 Of the ten photographs, two portray what the author says are claims used by creationists as “scientific proof of young Earth creationism”: the dinosaur footprints in Glen Rose, Texas, and a petroglyph in Utah that resembles a dinosaur.

Geologist and ICR President John Morris reported on the Paluxy River footprints in 1976,2 which at the time many creation scientists believed showed human and dinosaur footprints together. However, in light of continuing study, he reexamined the issue and wrote in 1986:

Even though it would now be improper for creationists to continue to use the Paluxy data as evidence against evolution, in the light of these questions, there is still much that is not known about the tracks and continued research is in order. We stand committed to truth, and will gladly modify or abandon our previous interpretation of the Paluxy data as the facts dictate.3

So, Discovery News’ statement that “creationists claim that human footprints can be seen right beside dinosaur tracks”1 is about 25 years out of date. Creation science researchers have moved on, a fact that was omitted from the Discovery News’ emotionally oriented appeal.

In the case of the Utah petroglyph, which Discovery News reported was “just a mud stain” in March of this year,4 ICR Science Writer Brian Thomas wrote:

ICR Senior Science Lecturer Frank Sherwin visited this petroglyph a number of years ago. He commented that although it looked interesting to him, he did not consider it to be as compelling as other historical evidence—such as dinosaur original soft tissues, written or sculpted eyewitness accounts of dragon encounters from all over the world, or certain Bible passages like Job 40—that have convinced him that dinosaurs and man were contemporaneous. The case for creation does not hinge on this one Utah artifact.5

So attempts such as Discovery News’ outdated references that try to place creationists in the same unscientific camp as flat-earth believers6 do not take into account that creation science researchers are willing to examine the data and, if necessary, move on to more interesting and securely justifiable discoveries, such as the soft dinosaur tissues or historical worldwide dragon encounters Mr. Thomas mentioned.7

Discovery News’ bias is further demonstrated by the fact that, although the author was careful to include instances that he thought “disproved” creationist claims, he failed to mention examples of the supposed evidence used to support evolution and long ages that have been debunked, such the classification of Tiktaalik and Pakicetus as transitional forms (aka “missing links”),8 and the accuracy of potassium-argon radioisotope-dating techniques.9

Appealing to public emotions can be effective, because it often does not require the appealers to present all the facts surrounding the topic. However, when the dust settles, the facts will not go away. If they demonstrate anything, anti-science presentations such as the Discovery News feature show that emotional appeals are needed to promote evolution because there is no real science behind it.

*Ms. Dao is Assistant Editor at the Institute for Creation Research. 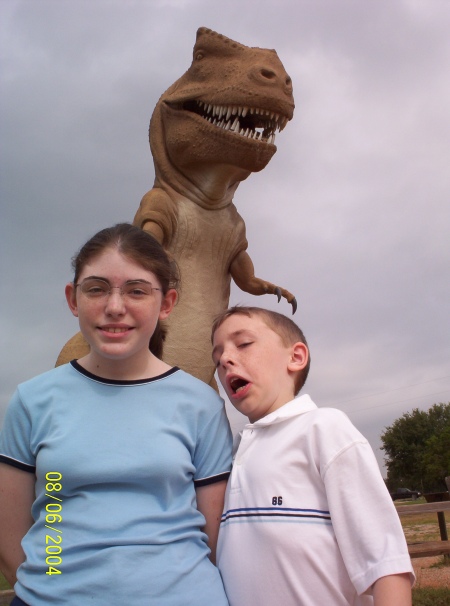 Two of my favorite people visited the park

This entry was posted on Saturday, July 6th, 2013 at 1:30 PM and is filed under Creation, Helps, LIFE, Science, theology. You can follow any responses to this entry through the RSS 2.0 feed. You can leave a response, or trackback from your own site.