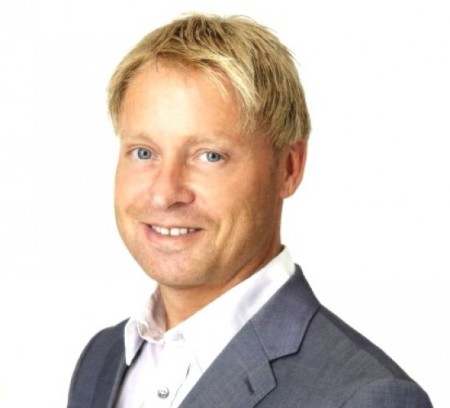 Demonstrators get outside help – and the child protection Minister becomes paralyzed!

They demonstrate in front of the Norwegian Parliament and are heatedly active on the internet, their common denominator being that they think the justice system is not working at all. At least not when it comes to Norwegian child protection (CPS) – Barnevernet. Now they may have found acceptance for being at least partially right.

Norway is in fact no longer considered to be typically best in class, at least not in an honest way, and this apparently also applies to child protection and the legal system.

The question I am raising here is not that of exploitation of natural resources, pollution or the use of dope in sports, but the basic issue of whether Barnevernet’s intervention in families and homes has been “necessary” interference in these families in the human rights sense.

The alternative is that it may have been grave transgression of human rights.

Article 8-2 of the European Convention on Human Rights (ECHR) is the rule that states the requirement of “necessity”, and this is what has been subject to debate lately.

My reason for taking this up now is that the European Court of Human Rights (ECtHR) has set in motion this year something resembring a unique, grand action against our child protection and justice system.

In a European context, it is rare that something like this happens. So it does not really surprise me that our Minister of Children and Equality had to give a rather sensational statement to the daily news on October 18.

The action started with the ECtHR admitting a Norwegian child protection case about forced adoption, to be considered under the possibility of violation of ECHR Article 8 last year. Human rights jurist Marius Reikerås was the one to submit the case and according to the media, he has had to move abroad as a result of his activity.

This case has probably, in conjunction with extensive demonstrations and criticism of the Norwegian child protection system over the past year, opened a fertile ground for other cases to get through the narrow needle’s eye which the ECtHR usually keeps.

The action revolves around the investigation of, so far, 7 Norwegian cases, several of them about adoption, and the question of whether ECHR article 8, including the requirement of “necessity”, has been violated.

Even the fact that so many cases on the same issue have been admitted for proceedings, justifies the assertion that child welfare critics have already achieved a resounding win over Norwegian Barnevernet and the legal system that we have.

No self-criticism on the part of Barnevernet

Norwegian child protection gives the impression that the opposite has happened, and pretends that they do not even know of the ECtHR’s recent activity.

To illustrate this, I can mention a case on adoption in which I represented the parents before a County Board a few days ago.

In this case the municipality’s lawyer held that the human rights provision is not even applicable in matters of adoption, even though adoption is the most intrusive and serious intervention which the authorities can use against parents who do not agree to having their child adopted away.

The municipal lawyer claimed not to have heard anything about the ECtHR being involved in any proceedings regarding forced adoption, and had absolutely no knowledge of any activity of the ECtHR this year.

Certainly the central child protection authorities do not seem to have issued any instruction to curtail anything.

Even the Attorney General, who has a habit of supporting the practice of the authorities, has recently stated that he is aware that the Norwegian child protection system may have got “out of control”.

This was in the summer. Subsequently, two more Norwegian cases were admitted to the ECtHR for consideration in the Court (the number of cases thus being increased from 5 to now 7).

The headline in the newspaper Dagbladet said that the Minister of Children and Equality, too, does not rule out the possibility that Norwegian Barnevernet and the justice system may systematically have violated human rights, like the critics have over several years claimed they do. This at least is my interpretation, based on the newspaper report, of what the Minister said.

I hope somebody will as soon as possible explain to Minister Horne that she is in fact responsible and can issue instructions as she sees fit.

The responsible Minister is expected to immediately have her Ministry instruct all Barnevern offices in the country to change tack before it is too late.

The correction may come from outside

The assertion and the lack of information about the media image shown by the municipal lawyer I mentioned above, may serve as an illustration of the Norwegian child protection system and the zealous legal system that we have.

We have a system which does not dare to admit that it may have made terrible errors, in matters of basic human rights and dignity. That is actually what ECHR Article 8 really is about.

When even the Minister does not manage to take action before it is too late, but just concludes that something may be wrong, there is perhaps only one option left, and that is that the correction must come from outside.

I assume that if this is the case, what happens might be somehat more brutal. Only time will tell and the minister still has a few months to clean house.

Further limitation of the freedom of expression of the involved parties

I have written about this subject for many years. I have also been reported to the Bar Association’s disciplinary unit for it. This is the side of Minister Horne which I have seen, besides the article in Dagbladet.

Furthermore, a year ago I wrote the following:

“If someone is to be criticized besides the psychologist in the current case, it is above all the Norwegian courts with the Supreme Court in the lead. This because the threshold for intervention in private homes may have been set too low in general, and probably all too often in violation of ECHR Article 8. I have yet to see someone criticize, with similar campaigns, the Norwegian courts for this.”

I believe this claim is just as relevant today – but this is of scant help for those who have already lost their children. They can, however, expect to be invited by Horne to seminars, in the election campaign of the Progress Party which has started.

• • •
Olav Sylte is a Norwegian lawyer who has represented the families in many child protection cases, and who is also active writing articles about such issues in e.g. periodicals, newspapers and on his website Rett og urett (Justice and injustice). The Norwegian original of this article, “Brakseier for ‘barnevernsdemonstrantene’!”, was published on October 19, 2016.
This English version is published here with the author’s kind consent.
• • •

Thank you to Professor Marianne Haslev Skånland for making me aware of this article and for obtaining permission for me to print it here. I have found Professor Skanland to be one of the most knowledgeable Norwegians on this tragic subject.

This entry was posted on Tuesday, October 25th, 2016 at 7:26 PM and is filed under BIG GOVERNMENT, Commentary, Education, LIFE, News. You can follow any responses to this entry through the RSS 2.0 feed. You can leave a response, or trackback from your own site.

7 Responses to Resounding victory for the child protection demonstrators!