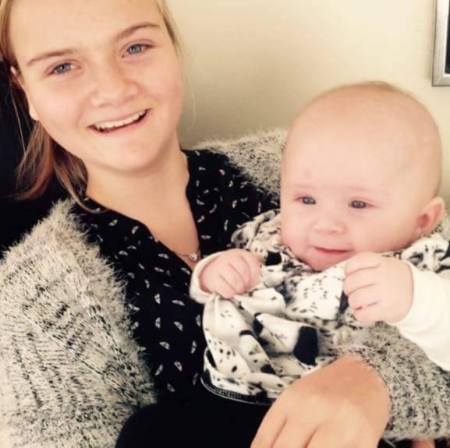 This story has all the hallmarks of “confirmation bias”, with a good possibility of a false diagnosis in Norway to start with – which has led to the brutal and terrifying treatment of this family over the years.

NCWS allow Liv Benthe only six supervised visitations with Magdalena each year, but now that has been reduced to four with no explanation. Liv Benthe is in Norway at the moment as she is due to visit her daughter again.

Magdalena is going to court because she desperately wants to go home to her mother. She also would love to go to her grandmother’s 70th birthday party on Saturday, but sadly, her foster parents and NCWS will not let her.

Liv Benthe moved with her husband to Denmark because they could not afford to buy a house in Norway.

On 7 July 2016, Denmark’s Child Welfare Services/System (DCWS), familieavdeling, took Liv Benthe’s newborn baby Johanna, using her past history, and the good possibility of a wrong diagnosis being made many years before in Norway.

One of the main charges against her is that she is retarded.

A friend of mine who studied psychology and who knows Liv Benthe, commented:

“Liv Benthe comes across as an intelligent, caring, and loving mother and wife – whose human rights have been very seriously violated by child welfare authorities from both Norway and Denmark!

She thinks very clearly, accurate and detailed and remembers every little detail even years ago – all the dates, names, millions of details on the things done wrong to her and her loved ones/ family, all through her life, which makes it hard to believe that NCWS was right in their diagnosis in the first place.”

Liv Benthe has Glycogen storage disease type I (GSD I). Her Husband and the father of Johanna, Egil Olai also has this complaint.

This could well be a serious mistake made by doctors at the beginning. Patients with this diagnosis can often come across as mildly intoxicated from drugs or alcohol, of which she has been accused of taking. She asks them to test her on any or everyday, just so that she can clear her name, but they don’t believe her or perform the tests.

Glycogen storage disease type I (GSD I) is also often confused with and diagnosed as a mental illness.

Because of this, they are treated like “Untermenschen”, having all their rights taken away with regards to their own children.

When Liv Benthe gave birth to Johanna, her husband wasn’t even allowed to support her or be with her in the delivery room. They also sterilised Liv Benthe during C-section surgery, WITHOUT her permission and without telling her or her husband in advance!

Baby Johanna has had six seizures already and been hospitalised every time – the doctors won’t listen to Johanna’s mother and instead just say they can’t figure out what it is.

The first seizure Johanna had came just hours after birth, which is typical of Glycogen storage disease type I (GSD I). Even the foster family want a test done but DCWS will not listen.

The longer that DCWS choose not to act, the more danger this puts Johanna in.

Liv Benthe was diagnosed at first in Norway with a psychiatric disorder, instead of Glycogen storage disease type I (GSD I). This led to a lot of medication being prescribed, that led to a worsening of her physical and mental health, which was the reason given why Norway’s CWS took Magdalena in the first place, and consequently, Johanna being taken by Denmark’s CWS.

This looks very much like a catalogue of errors starting from a false premise, and the outcome has been ongoing torture for this family.

Even their new lawyer has commented that Denmark cannot take children from non-Danish citizens.

This family desperately need favour from witnesses, and the judge, as well as from DCWS.

The court case is at the end of March. Please spare a thought and pray for this precious family – for reunification and for the terrorizing of this family to stop!

I would like to thank Steven for his concern for this family. The good Samaritan didn’t just walk by. The least we can do is speak out for these families who are having children ripped from their arms by Nordic country “Protective Services.” We have entered the 21st century and the world appears to be going crazy. I thought mankind was supposed to progress with all of our “know how” and technology. In any case, I am not surprised by man’s cruelty to his fellow man as the Bible predicts this type of behavior will increase as we approach the time of Jesus’ second coming. We are getting closer to that wonderful day with every minute that passes.
I don’t know if I will see that awesome day in my lifetime, but all indications suggest that it is possible. May God bless my Norwegian friends who are fighting against an organization within their own country that is supposed to “protect children.”

This entry was posted on Wednesday, March 8th, 2017 at 11:08 AM and is filed under Commentary, News. You can follow any responses to this entry through the RSS 2.0 feed. You can leave a response, or trackback from your own site.

8 Responses to NAZI-LIKE BEHAVIOR CONTINUES IN THE NORDIC COUNTRIES