A STATEMENT OF FAITH 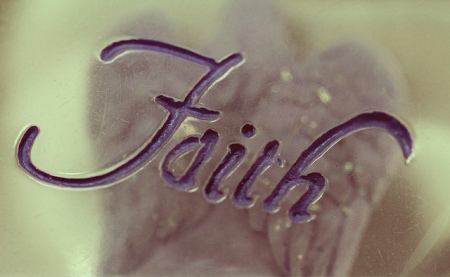 (The following is an article I read at Pastor Silva’s Appraising Ministries website.  He found it at another website which is listed below. – CR)

“Be not carried about with divers and strange doctrines.” —Hebrews 13:9

I am a creedal Christian; and I believe that in the latter portion of these last days, it must be so.

Someone says, “Give me Jesus.”

Someone says, “I believe the Bible.”

I must quote the Old Book and reply, “Thou doest well: the devils believe, and tremble.” Many Unitarians, for example, say they believe the Bible, but the denomination denies its authority and sufficiency. 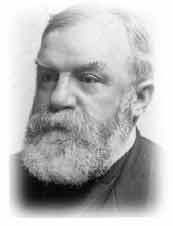 On Dwight Moody’s trip across the Atlantic Pond to England, one British clergyman desired a statement of faith in print from the American evangelist. He responded quickly, “My creed is in print.”[1]

“Where?” was the general inquiry from the assembly.

“In the fifty-third chapter of Isaiah,” was Mr. Moody’s reply.

Now this may have been perfectly acceptable in 1875 (which it was for the ministry leaders of London in that day because Mr. Moody held a series of meetings with the assembly’s approval), but this just won’t suffice five quarter centuries later. Tell me that your creed is the 1689 London Baptist Confession and I can have a better idea of where you’re coming from; or the Westminster Confession; or the Belgic Confession; or the Thirty-Nine Articles; or the Apostle’s Creed; or the 2000 Baptist Faith and Message of the SBC; etc. These, at least, tell us something.

Yet, though I also say I am a creedal believer, at the same time we must note that sometimes the creeds still do not weed out the false confessors, such as Simon the Samaritan. He was even baptized.[2] Yet, Peter said that Simon was in the “bond of iniquity,”[3] a mark of an unbeliever since believers are slaves to Christ and righteousness.[4]

Do you believe in Jesus Christ? Then for discernment’s sake, tell me what you believe about His incarnation, crucifixion, resurrection, ascension, and the consummation at His return.

Remember, the Pharisees believed the Word but they didn’t want the crucified Christ and His bloody cross:

“Likewise also the chief priests mocking said among themselves with the scribes, He saved others; himself he cannot save. Let Christ the King of Israel descend now from the cross, that we may see and believe. And they that were crucified with him reviled him” (Mark 15:31-32).

The Sadducees believed the Law of Moses but they denied a resurrection:

“The same day came to him the Sadducees, which say that there is no resurrection” (Matthew 22:23).

What do we believe about the Word of God? Does it speak to us of the life, death, burial and resurrection of Christ? Jesus said, “Search the scriptures; for in them ye think ye have eternal life: and they are they which testify of me” (John 5:39). If the scriptures testify of Christ, and in them is found eternal life, then the truth of Christ, and Him crucified, is on every page, for in Him alone is life everlasting.

The doctrine of justification by grace is the truth of Christ crucified. Christ crucified is the one essential discernment tool given men from heaven. Any doctrine, be it Arminian, Calvinistic, free will, predestination, whatever; if it does not have Christ crucified as its foundation; if Jesus Christ dying for sinners and rising again in power is not its guide as the chief cornerstone; if the incarnation of almighty God and Christ’s life lived and sacrificed as the perfect substitute is not its preeminent center; if the risen Savior’s ascension to the right hand of Majesty and His promised return is not part and parcel of the gospel incarnation and crucifixion; then that doctrine is prone to perversion and susceptible to corruption.

This entry was posted on Thursday, February 14th, 2013 at 8:07 PM and is filed under Commentary, theology. You can follow any responses to this entry through the RSS 2.0 feed. You can leave a response, or trackback from your own site.