IT COULD BE A LONG SUMMER 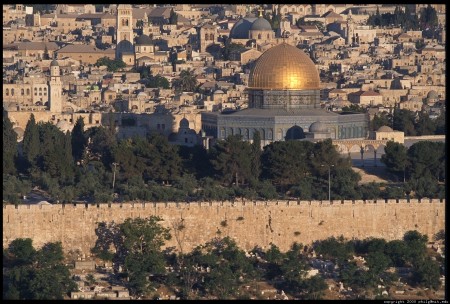 Over the past few years, many articles like the one at the following link have been written by those aware of the build-up of weaponry not far from Israel’s border.

The title of the article is:  “Why This Summer Could Change the World.”

Yes, these folks have been arguing over real and perceived rights for decades. What makes the difference now?  Why could there be war now?  One need look no further from Jerusalem than Iran.  Everyone has heard the spokesman for the fanatic Iranian leaders.  He has repeatedly said the Israel will cease to exist. Most are aware of the smuggling that’s been going on since the short summer war of 2006 in Lebanon.  Iran has not only been sending munitions to terrorists in Iraq, they have been assisting with the rearming of Hezbollah in Southern Lebanon.  Israel knows better than anyone how close Iran is to a nuclear weapon.  This fact, to me, is the “kicker.”

Those of us who believe in Bible prophecy, are of the opinion that Israel will not be driven from the land that was given to Abraham, Isaac, Jacob and their descendants.   Bible predictions (prophecy) came true when, in 1948, the Jewish nation was reestablished after its people were scattered over the globe for well over two thousand years. Other predictions make it clear that God will protect the reborn country. The entire world may turn against the little free nation that is surrounded by anarchy.  It will not fall.

I have been wrong.  I thought we would have a major conflict in the Middle East last year.  The leaders of Israel have been more patient than I ever would have expected.  Now, the situation is accelerating at a pace that no Israeli leader could have thought possible.  In the past year alone, statements made in Turkey, Lebanon, Syria, and as far away as Russia and the U.S. have created a tension that the Russian President recently admitted was heightened to a dangerous degree.  He made the statement and proceeded with actions that made things worse (visiting Syria and discussing the building of a nuclear power plant there).

No Christian ever wants war.  It is a terrible thing.  The Christian, however, can’t read the Bible and deny that there will be war over Jerusalem.  In the end, the Jews will still exist, despite the wishes of many.

For those of us who believe in a Messiah that came out of the Hebrew nation, who was the perfect Lamb, who sacrificed Himself to save us all, Psalm 122 is a prayer that is on our lips as we look towards those who dwell in Jerusalem and see the pressures that they currently face.

Prayer for the Peace of Jerusalem.

A Song of Ascents, of David.

1I was glad when they said to me,
“Let us (A)go to the house of the LORD.”
2Our feet are standing
Within your (B)gates, O Jerusalem,
3Jerusalem, that is (C)built
As a city that is (D)compact together;
4To which the tribes (E)go up, even the tribes of the LORD–
An ordinance for Israel–
To give thanks to the name of the LORD.
5For there (F)thrones were set for judgment,
The thrones of the house of David.
6Pray for the (G)peace of Jerusalem:
“May they prosper who (H)love you.
7“May peace be within your (I)walls,
And prosperity within your (J)palaces.”
8For the sake of my (K)brothers and my friends,
I will now say, “(L)May peace be within you.”
9For the sake of the house of the LORD our God,
I will (M)seek your good.

This entry was posted on Friday, May 21st, 2010 at 10:06 PM and is filed under Bible Prophecy, Commentary. You can follow any responses to this entry through the RSS 2.0 feed. You can leave a response, or trackback from your own site.