PRAY IF YOU WANT TO 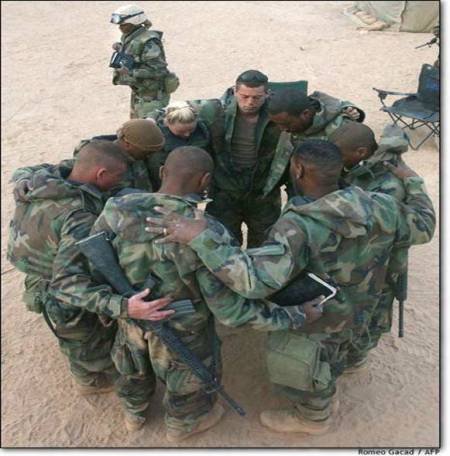 I am happy to report that every personal acquaintance that has had anything posted here is speaking out to make a difference.  This emailer is no exception.   Thanks to Gerald Wheeler for passing this along. – CR

Research shows that Paul Harvey, Andy Rooney, and someone named Paul Thompson had a hand in this effort over the years. Snopes says most of the work is that of Nick Gholson, a sports writer for the Times Record News in Wichita Falls, Texas (printed back in 1999?).  It has obviously long since been modified (by many) to now read as follows:

I don’t believe in Santa Claus, but I’m not going to sue somebody for singing a  Ho-Ho-Ho song in December.  I don’t agree with Darwin,  but I didn’t go out and hire a lawyer when my high school  teacher taught his Theory of Evolution.

Life, liberty or your pursuit of happiness will not be endangered because someone says a 30-second prayer before a football game. So what’s the big deal?  It’s not like somebody is up there reading the entire Book of Acts.  They’re just talking to a God they believe in and asking him to grant safety to the players on  the field and the fans going home from the game.

But, it’s a Christian prayer some will argue.

Yes, and this is the United States of America and Canada, countries founded on Christian principles.  According to our very own phone book, Christian churches outnumber all others better than 200-to-1.  So what would you expect – somebody chanting Hare Krishna?

If I went to a football game in Jerusalem, I  would expect to hear a Jewish prayer.

If I went to a soccer game in Baghdad, I would expect to hear a Muslim prayer.

If I went to a ping pong  match in China,  I would expect to hear someone pray to Buddha.

And I wouldn’t be offended.   It wouldn’t bother me one bit.

But, “what about the atheists?” is another argument.

What about them? Nobody is asking them to be baptized.  We’re not going to pass  the collection plate. Just humor us for 30 seconds.   If that’s asking too much, bring a Walkman or a pair of ear plugs.  Go to the bathroom.  Visit the concession stand.

Unfortunately, one or two will make that call.  One or two will tell thousands what they can and cannot do. I don’t think a short prayer at a football game is going to shake the world’s foundations.

Now a handful of people and their lawyers are telling us to cease praying.

God, help us.  And if that last sentence offends you, well, too bad.

The silent majority has been silent too long.  It’s time we tell that one or two who scream loud enough to be heard that the vast majority doesn’t care what they want.  It is time that the majority rules!   It’s time we tell them, “You don’t have to pray; you don’t have to say the Pledge of Allegiance; you don’t have to  believe in God or attend services that honor Him.  That is your right, and we will honor your right; but by golly, you are no longer going to take our rights away.  We are fighting back, and we WILL WIN!”

God bless us one and all…Especially those who denounce Him, God bless America and Canada, despite all of our faults. We are still the greatest nations of all. God bless our servicemen who are fighting to protect our right to pray and worship God.

Let’s make 2010 the year the silent majority is heard and we put God back as the foundation of our families and institutions. Let’s pray that our military forces may come home from war.

This entry was posted on Sunday, July 25th, 2010 at 8:05 PM and is filed under Commentary. You can follow any responses to this entry through the RSS 2.0 feed. You can leave a response, or trackback from your own site.

2 Responses to PRAY IF YOU WANT TO