PEACE SUMMIT AN EXERCISE IN FUTILITY 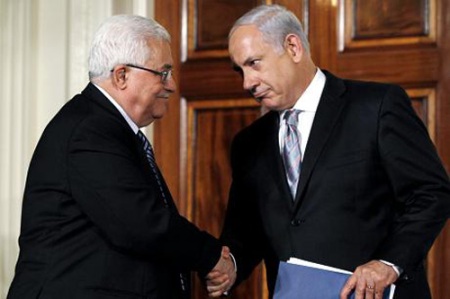 I’ve read more than a few articles about the peace talks “surrounding” Israel.  I never like to be a “negative Nelly,” but I’m, sadly, in agreement with the title above. -CR

Israel’s Interior Minister Eli Yishai said: “The shootings only prove that peace talks will lead to nowhere, because Hamas is the ruler on the ground, and won’t let the Palestinian Authority reach an agreement.”… “Let’s say [Palestinian President Mahmoud Abbas] makes an agreement with us, where we make painful sacrifices. Hamas and all the other terror organizations will start attacking again – so what did we do? We must stand up for our principles and never give up on them: Stop terror, recognize Israel as a Jewish state, stop provoking violence, and start negotiations without conditions.”

God says: “I am going to make Jerusalem a cup that sends all the surrounding peoples reeling. Judah will be besieged as well as Jerusalem. On that day, when all the nations of the earth are gathered against her, I will make Jerusalem a unmovable rock for all the nations. All who try to move it will injure themselves. … On that day I will make the leaders of Judah like a firepot in a woodpile, like a flaming torch among sheaves. They will consume right and left all the surrounding peoples, but Jerusalem will remain intact in her place.” [Zachariah 12:2-3, 6].

The Jerusalem Connection says: All presidents since Harry Truman have sought the major foreign policy achievement of being the architect of a mid-east peace settlement. All have failed. The present peace Summit must likewise be seen as an exercise in futility. The sons of Isaac will be reconciled to the sons of Ishmael only when the Messiah comes. On-going peace summits are merely speed bumps that slow the march to the inevitable conflagration that the prophets foretold. The best that can be hoped for in the meantime is the defeat, containment and dismantling of the terrorist infrastructure of Israel’s Jihadist foes. The visceral hate of Palestinians for Jews is embedded in their DNA. No peace summit will ever change that. Only the transforming power of the gospel of Jesus Christ can change that. For believers however, we should pray what Jesus told us to pray, with the expectation that if he said pray for it, he intends to answer the prayer: “Be always on the watch and pray that you may have the power to escape all that is about to happen and that you may stand before the Son of Man.” [Luke 21:36].

This entry was posted on Friday, September 3rd, 2010 at 1:19 PM and is filed under Bible Prophecy, Commentary, The Middle East. You can follow any responses to this entry through the RSS 2.0 feed. You can leave a response, or trackback from your own site.