THE OIL SPILL WAS HOW BIG?

……..Thank you, Mr. Schwennesen, for some perspective.  The media had some of my friends thinking this spill was spoken of in the book of Revelation.  Because there was so little information like this available, I had to rely on the Bible. I guess that’s not a bad source.  The Bible makes it pretty clear that it couldn’t have been the sea of blood mentioned in its final pages.  Thanks for your research on the subject.

The Catastrophe That Wasn’t: The Gulf Oil Spill in Perspective

Picture your neighbor’s pool.  Unless you live in Malibu, it’ll contain about 6,000 gallons.  That’s the “Gulf” for purposes of discussion.  Now go to your garage, get a quart of oil and pour it in when he’s not looking.  Pretty good sense of the oil spill in the Gulf of Mexico, right?

Nope, not even close.  Put a drop of that oil onto a sheet of paper and carefully cut it in half.

Now do it again and toss that quarter of a drop into the deep end.  Even this quarter droplet (about the size of the comma in this sentence) is about 10% too large, but NOW you have a sense of what 4.9 million barrels of oil in the Gulf looks like.

Now that we’ve grappled with the issue of scale, let’s look at the aftermath of this ‘catastrophe.’  According to the government scientists, seventy-five percent of that sliver of a droplet has now evaporated, been eaten by microbes, skimmed or burnt. (This estimate is in dispute, but every day the released oil is being reduced to get to that figure, if not beyond it.)

Now, you’re going to need to borrow your kid’s microscope for the rest of this exercise…. 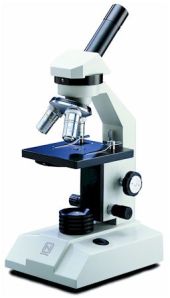 “Ah,” says the ecologist in you, “but oil is like poison to an ecosystem, and so any amount is disproportionately harmful.”  Well, the science doesn’t agree, but let’s assume for the moment that you’re right.  Ignoring that the vast majority of this poison-oil has already been happily consumed by portions of this delicate ecosystem, let’s pretend that oil is to the Gulf what botulinum toxin is to man (really bad news, as it’s the deadliest substance known).

Distributed uniformly, oil would contaminate the water of the Gulf at a ratio of eight thousand millionths per gallon.  If the same concentration of botulinum existed in your swimming pool, you could safely spend the day in it without a second thought.

Sure, oil is not distributed uniformly, but shrill cries about the “collapse” of the Gulf’s ecosystem imply that it effects are.  It is indeed true that every action has reverberating ecological consequences, but if we delude ourselves into thinking this means disintegration then we risk making poor policy choices. 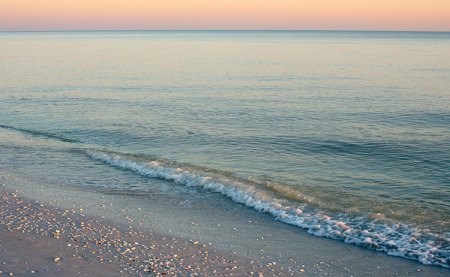 Please don’t misunderstand.  I am firmly in the camp of those who think the Gulf ecosystem is a wonderful and valuable thing that we should never take for granted.  Furthermore, it’s not my intention here to dismiss or minimize BP’s bungle.  Neither am I suggesting cleanup shouldn’t continue with the utmost diligence.  After all, “scale” matters not one whit if that sliver of oil washes into your crab pots.  Legally, BP should be held to account for their negligence and must make whole anyone whose property or livelihood they have harmed.

But two lessons rise to the surface here.  The first is to never underestimate the power of ecosystems to absorb shocks and adapt to change.  While we should not treat Nature with reckless disregard, we should also not dishonor her by intimating that she stands in precarious balance, perennially on the brink of human-caused collapse.  As ecology continues to develop as a science, I expect that it will be the extraordinary resilience of natural systems that will become the prevailing acknowledgment. 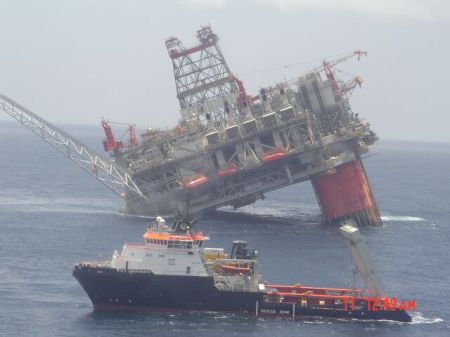 The second lesson is that we must demand a sense of perspective when dealing with issues of environmental concern.  The natural inclination when faced with torrents of extremely focused media coverage is to extrapolate broadly to “the ecosystem” at large.  Hysteria and fear do not make for good policy, however.  An inability to properly understand ecological sensitivity leads to dire predictions which fuel misguided regulatory reaction.

For instance, President Obama’s intuition told him that, “everybody understands that when we are fouling the Earth like this, it has concrete implications not just for this generation, but for future generations.”  A true statement, of course, since every action necessarily has “concrete implications.”  The question is, how big are these implications?  Do the imagined implications of this oil spill (foodweb collapse, fishery destruction, economic implosion of the Gulf Coast) warrant the sort of unwise knee-jerk decisions like the now-beleaguered six-month drilling moratorium which would have very surely precipitated vastly more destructive results?

"The sky is falling."

The ecological implications of this spill, I submit, will be relatively transitory and minimal.  While conceding that “nobody really knows” the long-term effects, scientists generally agree that the sky isn’t falling.  Comparable “disasters” such as the 1991 Persian Gulf spill (in which the retreating Iraqi Army perpetrated the largest spill in history) or the Ixtoc 1 spill off the coast of Yucatan (which gushed 3.5 million barrels for 290 days) can give us clues.  In both cases, within three years the ecology had returned to pre-spill equilibrium.

It would not be naively optimistic to expect a significantly more rapid recovery in the Gulf: conditions lend themselves well to natural oil degradation and very little oil has ended up in the vibrant coastal regions where life mostly congregates.  It would be safe to assume that 99% of the spill’s effects (economic loss, fishery damage, species diversity/habitat loss) will have disappeared along with the oil in one year or less.

Environmental issues are not “so important” that they must be left in the hands of the state to manage.  Mistakes happen and errors in judgment arise in both the private and the public sector.  The difference is that when they occur with backing from the state, they generally happen faster and more forcefully.  As a responsible society we need to demand a sense of perspective in our calls for “action” while simultaneously maintaining a healthy respect for the world we live in.

Paul Schwennesen holds an MA in government from Harvard University and a BS in History and Science (biology concentration) from the U.S. Air Force Academy. He recently completed a fellowship at the Property & Environment Research Center (PERC) in Bozeman, Montana.  Having served six-years in the Air Force (including a deployment to Afghanistan), Paul separated as a Captain and is now a rancher in southern Arizona where he and his wife Sarah are raising two children amongst the cows and chickens. He can be reached at schwennesen@mac.com.

This entry was posted on Sunday, September 5th, 2010 at 9:08 PM and is filed under Commentary, News. You can follow any responses to this entry through the RSS 2.0 feed. You can leave a response, or trackback from your own site.

8 Responses to THE OIL SPILL WAS HOW BIG?