“Iran has convinced Syria to allow Hezbollah to open a “new front” against Israel in the Golan Heights, the London-based Arabic-language newspaper al-Hayat reported Wednesday.

“Tehran, seeking to prevent the fall of Syrian President Bashar Assad’s government, asked Damascus if Hezbollah could set up a new military front against Israel in the Golan. 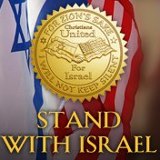 “’All Arabs and Muslims’ are requested to join the fight against Israel, Tehran said, according to Israel Radio.

“The report comes a week after Hezbollah leader Hassan Nasrallah vowed to respond to Jerusalem’s aggression with the help of Syria’s advanced ‘game-changing’ weapons. The next stage, he warned during a public speech, would be opening up a front on the Golan Heights.”

My comment:  “They are at it again.  Those who would destroy Israel make ready for war.  It is another sign that Jesus is coming soon.  They are surrounded by many enemies, but God will not leave his chosen ones.  The covenant is everlasting.  I believe there will be a war, and I think Israel will expand its territory.  Only time will tell.”

This entry was posted on Wednesday, May 15th, 2013 at 11:28 PM and is filed under Bible Prophecy, Commentary, Israel, The Middle East. You can follow any responses to this entry through the RSS 2.0 feed. You can leave a response, or trackback from your own site.

2 Responses to A NEW FRONT