The future of Nadia and Caspian will be determined by the trial that starts on Wednesday (August 24th). The trial, scheduled for a few days, will be held at The County Council for Child Welfare and Social Affairs (Fylkesnemnda) in Bergen.

On Wednesday of this week (August 17th), Nadia received a verdict from the Barnevernet about the 9 1/2 hour hearing on Monday, August 8th.

On Thursday, the day after Nadia received this verdict, she had her scheduled visitation with Caspian. The report from the visitation was very good.

After the visitation, the head of the Årstad Barnevernet met with Nadia. She has known Nadia since Nadia was pregnant. She is also the same Barnevernet employee who sent Nadia from the Sudmanske “Home for Mothers” in Bergen to the Vilde “Mother’s Home.” Caspian was just over a month old at that time.

Nadia had another visitation on Friday and received a very good review for that visitation.

Caspian is being held in a place unknown to his mother. It has been this way since Caspian was taken from Nadia on June 13th, more than two months ago.

Mother and child now wait for the important decision that will be made this week. The decision will determine the future of this family.
—————————————————
Nadia’s thoughts:

First, Nadia would like to thank everyone who has prayed for her, thought of her, and supported her during this very difficult time in her life.

Second, Nadia thinks that the “Barnevernet is trying to scare me! But I will never give up. I miss him so much. The verdict that I received this week along with the “3 days a year” comment on Thursday took an emotional toll on me. But I will never stop fighting.”

A verdict of some kind was expected on Wednesday the 17th. As far as I can tell, the reasoning in the verdict is additional evidence that there is a great lack of common sense in an organization that makes very important decisions. If Nadia was upset when other mothers were having their children taken from them, it means she has empathy, something that most view as a wonderful trait in a person. The verdict says she is forgetful. Anyone who has read about the observation techniques at the Mother’s Homes would never forget them and Nadia hasn’t. Also, it is obvious that the vast majority of people would be more forgetful than usual when exposed to months of intense scrutiny.

Then, there is this: ” The same verdict states that Nadia is a good mother when she feels safe.” What is Nadia to think of this? Here is a young mother who has had virtually no control over the fate of her child since he was born. When was she supposed to feel “safe?” I know she felt safe at the Hennum home because she told me so. THE ONLY PLACE NADIA HAS FELT SAFE WITH HER SON WAS TAKEN AWAY FROM HER BY THE BARNEVERNET.

I was surprised, and I think Nadia was too, about the meeting with the BV Head after Thursday’s visitation. There had been some mention of a meeting after Friday’s visitation but it has been hard to know when important events will occur in this case. I agree with Nadia that Thursday’s meeting could be very intimidating before her important court case. For anyone to tell Nadia of wishes to give her only 3 visits a year with Caspian less than a week before her trial is very cruel. I will let you decide how bad it is that a Barnevernet Head did this.

I have received information from other sources besides Nadia that state she is a very good mother. I know that Nadia fears Caspian’s future away from her because she believes that no one can love him like she can. How many places has Caspian been moved while away from Nadia and where has her son been? She has no way of knowing. Caspian has given Nadia a purpose in life that she didn’t have before him. The bond has been strong during visitations and 3 visits a year would destroy most of that bond.

An item worth noting is the lack of the term “lopsided development” in the last verdict. This term was used in the first Fylkesnemnda that took place in Molde on June 23rd. Apparently, reports from the Vilde Mother’s Home stated that Caspian may have been a little slow of speech and that it was possible that he might have “nascent lopsided development.” He was never diagnosed with this “lopsided development.” It was thought that he might eventually develop it. At that time, this was a major reason for separating Caspian from Nadia. I have always thought that it is very unjust to separate a child from the one who loves him/her the most because of some event that “might happen” in the future. In any case, Nadia’s lawyer seems to think that this reason is not good enough to be used in a courtroom and I agree with him.

For Nadia to deal with all she has been through this week (and these past months) and still have a good visit with Caspian yesterday speaks volumes about the good mother that she is. She only wants her child to be in the best place. Anyone with common sense and civility knows where that is. It is always best for the biological mother to have a chance to raise their own child. In Nadia’s case, I see no reason why she should not be given that chance and can’t imagine any court having a different opinion. Please pray for a good decision in Nadia and Caspian’s case.

This week Nadia said, “I only wish the Best for my baby.” The more I have learned about this case the more I think the best thing by a huge degree would be the reunification of this mother with her child. 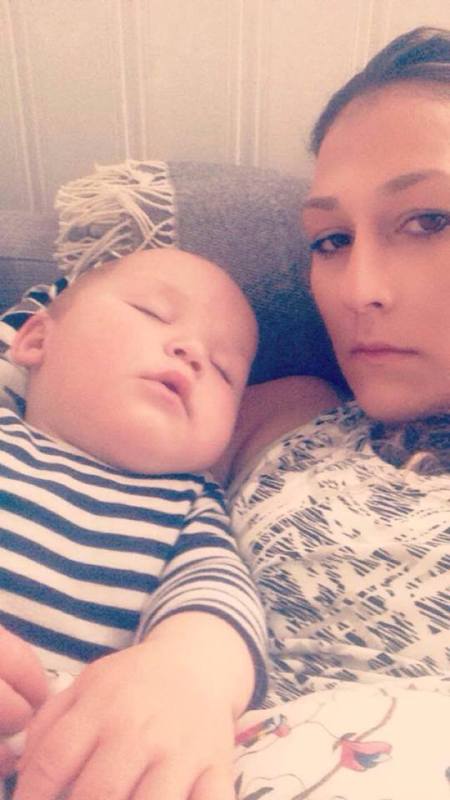 This entry was posted on Saturday, August 20th, 2016 at 2:07 PM and is filed under Commentary, IMPORTANT UPCOMING MEETINGS, LIFE, News. You can follow any responses to this entry through the RSS 2.0 feed. You can leave a response, or trackback from your own site.