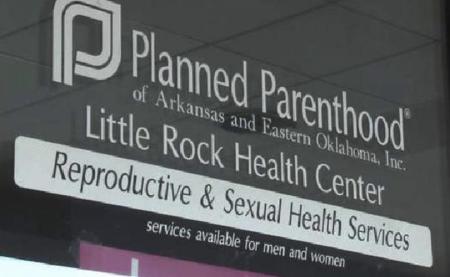 “The law that we were trying to get blocked went into effect immediately, and the immediate results were we had to turn away from the clinic people who were scheduled to take the pill,” Dr. Stephanie Ho of Planned Parenthood Great Plains in Fayetteville confirmed to NBC News.

READ THE REST OF THE ARTICLE HERE.

————————————-
My comment: In a world that seems like it’s gone mad at times, here is some great news. I appreciate all of the legislators in Arkansas who have worked hard to go against the ungodly views of so many in the U.S. today. Both Senators, all four Reps. to the U.S. Legislature, and the Governor of Arkansas each have strong pro-life positions. Even though they are all Republican, Arkansas is among only a few other states where Democratic leaders have “made it clear…that they will welcome pro-life candidates in their state.” The majority of the people in Arkansas are against abortion and I pray that it stays that way.

This entry was posted on Friday, June 1st, 2018 at 3:40 PM and is filed under Abortion, Commentary, LIFE, News. You can follow any responses to this entry through the RSS 2.0 feed. You can leave a response, or trackback from your own site.