The Grandmother and her Grandson

It could only happen in the United States of America.

The fourth of July was around the corner.  A fifteen year old was asked by his Grandma if he had plans for Independence Day.  The youth answered in the negative and then the questioning began.

“Will you come to my house and swim in my ‘pool?'” the Grandmother asked.  “Will you eat a hoagie?  If you do, I will put on my muumuu and floaty and we’ll have a good conversation.  I really would like to get to know you better.”

The teenager must have liked the idea because he mentioned it to his father when the opportunity presented itself.

“Grandma wants me to come over and swim in her pool.  She said we could eat hoagies. She wants to get to know me better,” the young man reported.

“Is that something you want to do?” his father asked.

Since the boy’s sister and Mom needed to stay home on the 4th because of recuperative necessities, the boy’s father asked the son if he wanted to go to Grandmother’s after church.

His father told him that close relatives who might normally make it to Grandma’s on the 4th would be out of town or working this year.

On the drive over to Grandma’s, the boy’s father, on a whim, stopped at a fireworks stand.  He hadn’t spent a penny on smoke and flame in the past few years.  Thoughts of the “California Humdinger” closed in on him.  That experience had occurred when he was about 15.

The father explained to the concessionaire that it was the name of the firework that mattered.  The salesman walked completely around the huge selection to show his wares.  Nothing was satisfactory until the Dad’s eyes fell on one the size of a large oatmeal container.  “Jigglin Jiven Jelly Beans” had a “PERFORMANCE” statement. It read:

The 15 dollar specimen was the only choice.  The father would not usually part with that kind of money for smoke and flame, but he quickly averaged the cost against the past few years and found the price acceptable.

After arriving at Grandmother’s, the teen watched as she adorned the “muumuu” and “floaty.”  Before you knew it, they were in the “pool” getting to know each other better.  The Grandmother had provided hats to keep the sun off and the two spent a good hour in conversation.  Laughter could be heard frequently from the Grandmother.

She had high jacked the term for her apparel from a long, loose-hanging dress, usually brightly colored or patterned, worn especially by Hawaiian women. Her “muumuu” was long sleeves and pants to keep the sun off.  No one questioned the Grandmother’s creativity.

The boy’s father sat with his father and watched the scene and talked about serious and not-so-serious matters.

After the swim in the large lake that was Grandma’s backyard and a quick shower, hoagie fixin’s were offered to the young man and his father.  A well-prepared assortment of sandwich materials were chosen from and plates were filled until no part of them could be seen.

The five sat in a room that overlooked the “pool” and talked about things that were not-so-serious.

An ill relative sat and looked out the window and listened to the conversation.

Soon, the father’s father was asleep where he had eaten, and it was time for the teen and his Dad to go home.

The teenager thanked his Grandmother.  She invited him back to swim with her in her pool.  “We can wear muumuus and floaties anytime you want,” she said.

The young man grinned.  It was a satisfactory proposition………

The “Jigglin Jiven Jelly Beans” sits in a visible location awaiting its short but thrilling life. 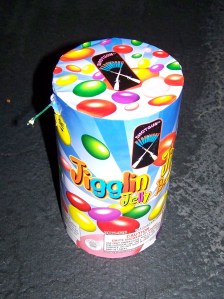 This entry was posted on Sunday, July 4th, 2010 at 8:12 PM and is filed under LIFE. You can follow any responses to this entry through the RSS 2.0 feed. You can leave a response, or trackback from your own site.