NO DUE PROCESS IN AMERICA? 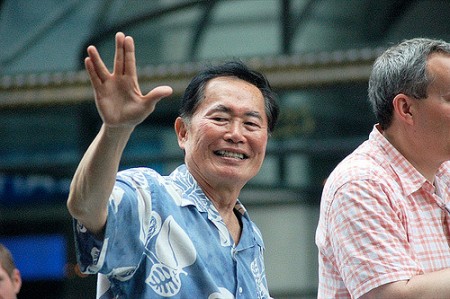 What does the picture above have to do with this subject? If you want to know, you have two choices. The first is to read the article. The second choice is to skip to near the end, find the connection, and miss the meat of the article.

“If you have a good lawyer you can get away with it,” said the student.

The statement caught the teacher off guard.

He looked at the young high school student and said, “Unfortunately, you are correct sometimes.”

The class was a World History class. The students were asked to raise a hand if they had finished their class work for the day. Most of the hands went up. Those finished were nicely asked to find something to do quietly. Most of them followed the directions. It only took about 15 minutes for the rest of the class to complete the assignment. There were still 30 minutes of class time remaining.

“You may talk to one another as long as you don’t get too noisy,” the teacher stated. The class followed these directions.

Not a fan of downtime during class, The teacher requested the class be quiet after about 10 minutes of talking. They obeyed somewhat reluctantly.

The students were told a story about a current place where many people do not receive due process.

They were told of recent events in a modern country and how families there are being destroyed by the Child Protective Services, those who were supposed to defend families. The students seemed very interested.

“This is why truth is so important,” the teacher said. “This is why I’m so hard on students whom I catch lying to me, he added.

“You never really get away with a lie,” the teacher said.

This is when the young lady raised her hand for permission to speak and was acknowledged.

“If you have a good lawyer you can get away with it,” said the student.

Little Rock is the capital of Arkansas. I rarely get there as it is an hour away. There was a good reason to go there Friday and Saturday. My son’s professors had convinced him to write a paper in an attempt to win a trip to a conference that “showcased” history experts speaking on different subjects.
My son won the competition and went reluctantly since he had finals only days away. I’d put in my share of work hours recently, and because the college was paying for a room for two, I asked my son if I could go along. He told me it was OK so I took the day off. My wife agreed this was a good idea.

Much of day Friday was spent in the hotel lobby on the internet as parents were not given an invitation to hear the expert speakers.

Sitting almost alone in the lobby, two men were talking at a nearby table.

“And God allowed the land to rest,” said one of the men.

Curious about this man with the Bible knowledge, I got up and walked the short distance to their table. “Did I hear you mention the Bible?” I questioned. One of them pushed an empty chair back and said, “Have a seat young man.” (As I am 57, they were retired fellows who were meeting together after having grown up as neighbors years ago.)

Having been in the middle of a blog comment, this was much more interesting. The man to my left had been involved in prison ministry and the man on the right owned a portion of the “Field of Dreams” of the movie with the same name. They were full of interesting information. We are all facebook friends now.

(You can take a virtual look at the Field of dreams here: http://www.fodmoviesite.com/)

The next morning my son and I packed up and put everything in the car and walked the few blocks to a beautiful old church built in 1940. It was a large church but not easily noticed as we neared because of large trees camouflaging one side.

The plan was for me to return to the hotel and let the shower water pulsate on my back for 10 minutes or so. Don’t have that option at home. Then there would be a good check of the room, checkout, and more lobby time.

As we entered the church, the historical and Biblical stained glass windows were unavoidable. Each one was original and in good shape with a few minor exceptions. After 10 minutes or so, a gentleman began to introduce the first speaker. “You walking back?” I whispered to my son. He shook his head in the affirmative. We agreed that he would call if he needed anything, and I headed off to try and find someone connected with the church to ask about the scaffolding at the front of the church.

Walking towards the back of the large church with the huge wooden beams overhead it was difficult not to notice how few were in attendance. The back 3/4ths of the large building was empty. What would be the harm taking a seat in the back row?

The speaker began to speak about a time when certain Americans were given no due process of law. Aware of this event but not of specifics my curiosity glued me to the old church pew. Many older Americans know of the main story shared on this day. It was the connection to Arkansas, among other particulars, that was of interest.

One lady is so upset that she destroys her belongings rather than sell them.

This happened to mostly well-behaved and loyal American citizens in the 1940s.

The correct term for the location these people were taken is “concentration camp.” It certainly wasn’t a death camp although 24 people died there over a period of years. Concentration camp is the term used at the Japanese American National Museum in Los Angeles, California. (http://www.janm.org/)

The Rohwer Relocation Center was one of the last of ten such camps nationwide to close. The Japanese American population, of which sixty-four percent were American citizens, had been forcibly removed from the west coast of America under the doctrine of “military necessity.” They were incarcerated in ten relocation camps in California and various states west of the Mississippi River. This marked the largest influx of any racial or ethnic group in the history of Arkansas.

The camp was located in a swampy location near the Mississippi River in Arkansas. Over 8,000 people lived there on a little over 10,000 acres. Most of them had been bused there from California.

“The Rohwer Relocation Center in Desha County (Arkansas) was one of two World War II–era incarceration camps built in the state to house Japanese Americans from the West Coast.” 1

Following the attack on Pearl Harbor on December 7, 1941, and America’s subsequent entry into the war, many Americans feared an eventual invasion of the West Coast by the empire of Japan. Many people viewed the Japanese American population—eighty-nine percent of which lived in Washington, Oregon, and California—as potential spies and saboteurs. Citing the “doctrine of military necessity,” President Franklin D. Roosevelt signed Executive Order 9066 on February 19, 1942, giving the secretary of war the power to designate military areas from which “any or all persons may be excluded” and authorizing military commanders to initiate orders they deemed advisable to enforce such action. 2

Accurate population and age statistics were constantly changing due to the forced movement of the Japanese populations. Well over ninety percent of the adult Rohwer population of 8,475 had been involved in agriculture, commercial fishing, or businesses that centered on the distribution of agricultural products. Thirty-five percent of the camp’s population was Issei (a Japanese immigrant to North America), ten percent of whom were over the age of sixty. Sixty-four percent were Nisei (a person born in the US or Canada whose parents were immigrants from Japan), with forty percent of those under the age of nineteen. There were 2,447 school age children in the camp—a full twenty-eight percent of the total population. 3

“While in Rohwer Relocation Center, some internees volunteered to enlist in the U.S. Army. The volunteer soldiers from Rohwer and other relocation centers received assignment to the 100th Infantry Battalion, a unit within the United States Army’s 34th Infantry Division, later activated into the 442nd Regimental Combat Team. This all-Nisei unit received recognition as one of the most highly decorated and respected in the U.S. Army. While the Japanese American men who had enlisted left Rohwer Relocation Center to fight for their country, their families remained behind as internees.” 4

An attempt was made to make it as comfortable as possible. Woodworking and painting classes just a few of the many options available to the Japanese prisoners at Rohwer. I wonder if they ever played a baseball game. Probably not, as the Japanese weren’t as big on baseball then as they are now.

The graves of the 24 who died there during WWII are well maintained.

“A National Park Service grant from the 2011 Japanese Confinement Sites Preservation Program has assisted in efforts to stabilize and restore the Rohwer Relocation Center Cemetery. As part of the grant, the University of Arkansas Landscape Architecture Program volunteered its services to produce an Historic American Landscape Survey report of the cemetery. This effort was aided by the University’s Center for Advanced Spatial Technologies (CAST) which produced a high-density survey (HDS) of the cemetery and the surrounding site.

In addition, the University of Arkansas at Little Rock has worked with the Arkansas State University Heritage Sites program to produce interpretive mapping and establish educational kiosks and audio tours for the Rohwer Relocation Center Memorial Cemetery. The Central Arkansas Library System also preserves creative artwork left behind by the internees, such as paintings adhered to paper.

Today, all that remains of the 500-acre Rohwer Relocation Center is the cemetery and a tall smokestack where the camp’s hospital used to stand. There is a replica small scale guard tower that serves as an informational kiosk and visitors can take a self-guided walking tour along the southern boundary of the original camp. There are also interpretive panels and audio stations featuring the voice of actor George Takei ( Sulu, helmsman of Star Trek’s USS Enterprise), who lived at the Rohwer Relocation Center with his family in 1942, before being moved to Tule Lake Segregation Center in California.”

It appears we are heading down that road, but I will fight (non-violently) in every way I can to head off the trend. My best weapon in this battle is prayer. Jesus tells us that we are His friends. I will speak to Him, as a friend, each day and ask him to stop the spread of this evil totalitarianism. It may be that He is readying the world for His Second Coming by being himself, which allows men the free will to follow their unseemly evils. In any case, He is ultimately in control. I feel no fear because, as His Word promises, He will never leave me nor forsake me.

Just one soldier in the battle,

http://www.ship-of-fools.com/mystery/2013/2554.html
(Information about the church where some of the conference was held)

This entry was posted on Tuesday, May 10th, 2016 at 6:30 PM and is filed under BIG GOVERNMENT, Commentary, Education, LIFE, News, Uncategorized, Words that Uplift. You can follow any responses to this entry through the RSS 2.0 feed. You can leave a response, or trackback from your own site.