IS THE POPE A FALSE PROPHET? 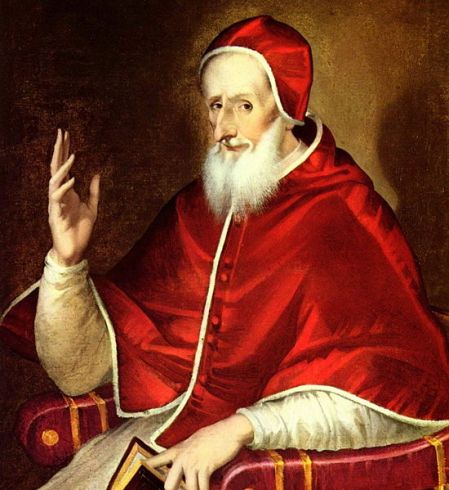 Before I begin to try and give an answer to this difficult question, I need to make a few things clear. I am not trying to pick on Catholics here.   This question was raised by a Muslim friend online (His online name is Vladek and lives in California).

“Judge not, that ye be not judged,” or “Do not judge lest ye be judged yourselves.”

I believe this verse is referring to salvation.  Does it mean that I cannot judge what is right or wrong?  If this were the case, why has God given us the 10 commandments?

I will not judge another person’s soul; God alone is in that position.  I will judge another belief system to see if it lines up with the truth of scripture.

I have Catholic and Muslim friends.  I am always curious to listen to what they have to say.  One of my Catholic friends summed up the difference between Catholics and Protestants nicely.  It is quite simple. Protestants believe in salvation by faith alone through grace (Eph. 2:8-9).  Catholics believe that works and faith are necessary for salvation.  It is quite a difference and caused a huge split called the Reformation.

This link gives us a view of a prophecy given by a Catholic Pope.

The objects of prophecy may also be viewed in respect to humanknowledge:

when an event may be beyond the possible natural knowledge of the prophet, but may be within the range of humanknowledge and known to others who witness the occurrence, as, for instance, the result of the battle of Lepanto revealed to St. Pius V.

On the day of the Battle of Lepanto, 7 Oct., 1571, he was working with the cardinals, when, suddenly, interrupting his work opening the window and looking at the sky, he cried out, “A truce to business; our great task at present is to thank God for the victory which He has just given the Christian army”. He burst into tears when he heard of the victory, which dealt the Turkish power a blow from which it never recovered. In memory of this triumph he instituted for the first Sunday of October the feast of the Rosary, and added to the Litany of Loreto the supplication “Help of Christians“. He was hoping to put an end to the power of Islam by forming a general alliance of the Italian cities Poland, France, and all Christian Europe, and had begun negotiations for this purpose when he died of gravel, repeating “O Lord, increase my sufferings and my patience!” He left the memory of a rare virtue and an unfailing and inflexible integrity. He was beatified by Clement X in 1672, and canonized by Clement XI in 1712.

Does this example make the Pope a false prophet?

I don’t think it does, and I can’t find an example where a Pope could be called a false prophet.  If anyone can find such an instance, please comment.

There are other examples of prominent Catholics who are identified as prophets.  Three examples are listed HERE.  None of them are Popes as far as I can tell.

I found more than a few articles, the first from a Catholic source that states that the Pope is not a prophet.

Re: Is the Pope a Prophet?

Here’s a definition of the term for purposes of this discussion:

PROPHET
The biblical term “nabi” means one who spoke, acted, or wrote under the extraordinary influence of god to make known the divine counsels and will. Yet commonly associated with this primary function to proclaim the word of God, a prophet also prophesied by foretelling future events. His role, then, was to both proclaim and to make the proclamation credible. From www.catholicreference.net: All items in this dictionary are from Fr. John Hardon’s Modern Catholic Dictionary

“When the pope speaks ex cathedra on matters of faith and morals–then he is speaking with the divine guarantee that his words will be error-free. This is rather a negative guarantee–he will speak no error–than a positive guarantee–that he will speak all truth.

I don’t see this as quite fitting with the definition of prophet. Further, we don’t refer to the pope as prophet.”

(I will be referring to this statement later. – CR)

He is the false prophet HERE.

THIS LINK is a bit outdated and mentions Joseph Aloisius Ratzinger, or Benedict XVI who was born in Germany.  I found the link interesting but inconclusive.

Here are a few other observations on the subject:

The false prophet is the pope or America HERE.

It won’t be long before we know if so HERE.

“Actually, any Pope is already an antichrist and a false prophet. It goes with the job description.” HERE

To quote this last source:

“The new Pope is Cardinal Jorge Mario Bergoglio of Argentina. He is a son of Italian parents so some think that qualifies him as being a Roman. This Pope took on the name Francis after St. Francis of Assisi who some say was once named Francesco di Pietro (Peter) di Bernardone. They see some significance in that. I do not.”

This fits with this next link:

Here is a link on the so-called “Prophecy of the Popes.”  This is a popular view among many evangelicals and I may be wrong, but I disagree with St. Malady.

A rough but interesting conversation can be seen HERE.

If you Google “Is the Pope a false Prophet?”, you will get many links like these.  To be fair, Here is a link, complete with the 4 things you will need in the last days, that says that Pope Francis is NOT the Antichrist.

So, What do I think for what it’s worth?

I don’t think a good case has been made that any Pope is a false prophet.  I do, however, believe that many popes have been false teachers.

I go back to a quote earlier in this post:

Pope Pius IX (1846–1878), during whose pontificate the doctrine of papal infallibility was dogmatically defined by the First Vatican Council.
Photo by Wikimedia Commons

“When the pope speaks ex cathedra on matters of faith and morals–then he is speaking with the divine guarantee that his words will be error-free. This is rather a negative guarantee–he will speak no error–than a positive guarantee–that he will speak all truth.”

Papal infallibility is a dogma of the Catholic Church which states that, in virtue of the promise of Jesus to Peter, the Pope is preserved from the possibility of error[1] “when, in the exercise of his office as shepherd and teacher of all Christians, in virtue of his supreme apostolic authority, he defines a doctrine concerning faith or morals to be held by the whole Church“.[2]

This doctrine was defined dogmatically in the First Vatican Council of 1869–1870, but had been defended before that, appearing already in medieval tradition and becoming the majority opinion at the time of the Counter-Reformation.[3]

This is what one finds when clicking on the Counter-Reformation.[3]

The Counter-Reformation (also the Catholic Revival[1] or Catholic Reformation) was the period of Catholic revival beginning with the Council of Trent (1545–1563) and ending at the close of the Thirty Years’ War (1648), which is sometimes considered a response to the Protestant Reformation.

So, sometime in the mid-16 century Papal Infallibility was the majority position.

HERE is a good source of information.

Pope Boniface VIII in the Bull Unam Sanctam of 1302 is mentioned HERE.

1.     ^ “We declare, say, define, and pronounce that it is absolutely necessary for the salvation of every human creature to be subject to the Roman Pontiff”.

This is in the footnotes of this LINK.

I believe this is false teaching because it can be found nowhere in scripture.

Therefore, false teaching had entered the Church at least as early as 1302.

What the Bible says

“These things I am writing to you that you may know that you have eternal life…” (1 John 5:13)

What the Bible does NOT say

Clicking on the LINK above will show you a chart with more of what the Bible does and does not say.

THIS LINK discusses the dangers of false teaching and Bible verses related to it.

“But false prophets also arose among the people, just as there will also be false teachers among you, who will secretly introduce destructive heresies, even denying the Master who bought them, bringing swift destruction upon themselves.”

Is this verse, and verses like it, limited to the Catholic Church?  It is not.  There are false teachers in Protestant churches as well as in the many false religions of the world.

Have I stated that no Catholics will be in heaven?  That would be a huge presumption; the same as if I believed that all Protestants are saved.  I believe I know Catholics whom I will see in heaven.  I also think that I have met Protestants who may not be there.  Again, I am in no position to make God’s judgments as stated above.

This has not been an exhaustive study.  One could spend their life on this question alone.  I am not up to that task, but I wanted to answer my Muslim friend.  He now has my opinion.

May God bless all who study His Word in an effort to discover the truth.

2  ^ a b First Vatican Council, “First Dogmatic Constitution on the Church”, chapter 4, 9

This entry was posted on Tuesday, July 30th, 2013 at 11:22 PM and is filed under Commentary, Love of God, theology. You can follow any responses to this entry through the RSS 2.0 feed. You can leave a response, or trackback from your own site.

12 Responses to IS THE POPE A FALSE PROPHET?