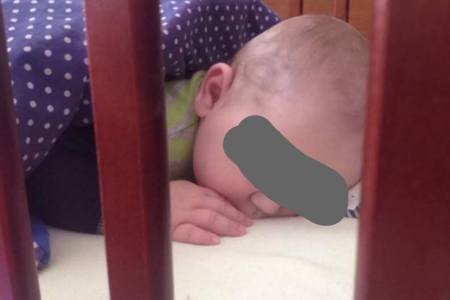 Nadia’s lawyer thought that a decision would be made in his client’s case today. He and Nadia waited for a phone call or a text message.

Nadia received a text message from her lawyer at approximately 4:50 pm this afternoon. It read:

“I have not heard anything and they are closed. This means that they will not decide until Monday.”

Nadia, Caspian’s mother, has been told that her son is in Bergen, a 7-8 hour trip away by car. Nadia has been informed that Caspian is at an undisclosed address because the Barnevernet doesn’t want her to know of his location. This is because they think that Nadia might try to kidnap Caspian. It is the reason they will not let Nadia know where Caspian is.

The Wings of the Wind has been told by a good source that yesterday’s hearing was held in Molde, about a 1 and 1/2 hour drive from where Nadia now lives. Nadia and Caspian’s new temporary residence is in Brandal, Norway at the residence of Margaret Hennum.

This publication has also learned more about the hearing in Molde, yesterday.

First, only one person presided over the hearing.

Second, Brynhild Solvang, the head of the CPS office in Volda, the office where the decision to take Caspian from his mother was made, was present with a Barnevernet lawyer.

Third, Nadia and her Lawyer were also present to answer questions and give testimony.

Fourth, Margaret Hennum was allowed to give witness testimony.

Nadia’s lawyer waited today for an answer and was not contacted by the Molde office.

Nadia received the text message from her lawyer noted above.

—————
Editor’s notes: The events of this case in the past two days bring up many more questions than they answer.

Why was Nadia’s lawyer not notified that there would be no ruling until next week?

Why is Caspian so far away from his mother in Bergen?

Why would the Barnevernet think that Nadia would kidnap her child? She has never attempted anything like it in the past that has been noted.

Why was only one person presiding over the hearing at The County Council for Child Welfare and Social Affairs (Fylkesnemnda)? As noted in yesterday’s update: “The Tribunal consists of the case of a manager who is a lawyer, two experts members and two members of a normal range.” this information was mentioned in the link from the Fylkesnemnda, posted here yesterday in Update #3.

Why was Margaret Hennum allowed to give witness testimony? The Wings of the Wind has been informed that this is very unusual in a case like this.

I also have a new question based on new information which I have been given from a reliable source.

I have been told that the decision of this County Council for Child Welfare and Social Affairs is only a temporary decision.

Nadia has been informed that there will be another hearing in late August to further determine the welfare of Caspian.

My question: Even if Nadia is given custody of Caspian on Monday, why does she have to go to another hearing to determine Caspian’s future?

All of these question come to one big one: Is this how all child welfare cases are handled in Norway? If so, I can’t imagine a loving parent having to go through this experience.

On top of all of this there is Nadia’s background. She was taken from a mother whom she considered “loving” when she was only 13. Her, four siblings, including twins, were split up into five different places and raised in five different environments. Thus, she has experienced something similar to this once in her life already and now it is happening again with her own child. If the CPS of Norway (Barnevernet) was very concerned for Caspian or his mother, the case wouldn’t be handled in such a cold and heartless manner.

The term “kidnap” usually means that someone is taken against his/her will. The kidnappers here work for Norway’s Barnevernet. The kidnapper is not Nadia, the loving mother of Caspian.

HERE IS A PICTURE OF THE MOLDE FYLKESNEMNDA