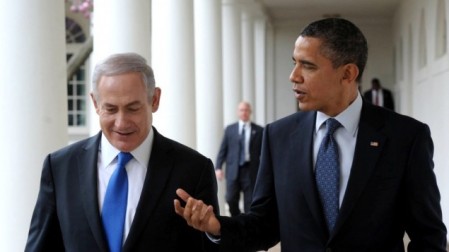 Photo from The Times of Israel.
Credit there given to Amos Ben Gershom/GPO/90.
Taken in March, 2012.

Channel 2 News, the country’s leading news program, devoted much of its Friday night broadcast to the issue, detailing the pros and cons that, it said, have taken Netanyahu and Barak to the brink of approving an Israeli military attack despite opposition from the Obama administration and from many Israeli security chiefs.”

It is not surprising to me that the mainstream media in Israel is discussing possible military action.  Another article I read (link below) details just how many in Israel see Mr. Obama’s talk being only that.

One may see the rest of this article here.

The article titled “Obama only ‘talks the talk'” may be seen here.

This entry was posted on Wednesday, October 17th, 2012 at 5:25 AM and is filed under Bible Prophecy, Commentary, The Middle East. You can follow any responses to this entry through the RSS 2.0 feed. You can leave a response, or trackback from your own site.