There are so many reasons why we have gotten away from the truth of God’s Word.  The Evolution issue is a big one.

My son worked very hard in high school to get his college tuition minimized.  He is in his freshman year and is taking a Biology and Physiology class.  Here are a few of the chapter titles in his text:

“The Evolution of Microbial Life”

“The Evolution of Animals”

Chapter 14 ( a favorite number of mine) begins with “The Origin of the Species.”

Anyone who has read this blog knows where I stand on this issue.  The Bible says that “God created the heaven and the earth.”  I believe it by faith.  I also believe there is a great deal of evidence to back this belief.  Evolutionists may not always admit it but they must come to their THEORY with a great deal of faith.  This video shows several Biology students being asked very simple questions that they can’t answer.  When they do answer, they have not really dealt with the issue.

This is very interesting interview. The entire movie “Expelled” has been put on YouTube by a Muslim.  I had it here, but I don’t feel right about showing an entire movie without those who have worked so hard on it getting something from it.  HERE is a section of the movie that I’ve shown in another post.

Here is a link dealing with “Intelligent Design:”

There are many other posts on this blog about this issue.  To see them all, click on “creation” in the category section on the right side of this blog.  Here a few of my favorites:

IS THE AGE OF THE EARTH A SIDE ISSUE?

DOES A GOOD GOD EXIST?

We need to give our young people the facts and let them come to their own conclusions.  Listen to some of the students in the first video.  They sound brainwashed to me.  I think that man knows that there is a God, but rebellion closes one’s eyes to the truth.

This section of scripture From Romans 1 (Bible Gateway) describes the results of a continued turning away from the truth:

Unbelief and Its Consequences

18 For the wrath of God is revealed from heaven against all ungodliness and unrighteousness of men who suppress the truth in unrighteousness, 19 because that which is known about God is evident within them; for God made it evident to them. 20 For since the creation of the world His invisible attributes, His eternal power and divine nature, have been clearly seen, being understood through what has been made, so that they are without excuse. 21 For even though they knew God, they did not honor Him as God or give thanks, but they became futile in their speculations, and their foolish heart was darkened. 22 Professing to be wise, they became fools, 23 and exchanged the glory of the incorruptible God for an image in the form of corruptible man and of birds and four-footed animals and crawling creatures.

24 Therefore God gave them over in the lusts of their hearts to impurity, so that their bodies would be dishonored among them. 25 For they exchanged the truth of God for a lie, and worshiped and served the creature rather than the Creator, who is blessed forever. Amen. 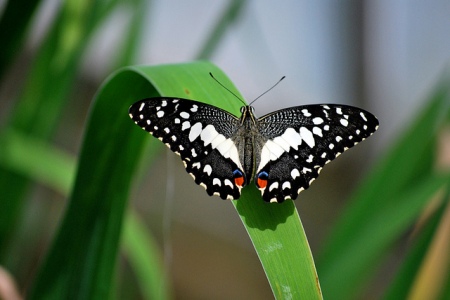 This entry was posted on Sunday, September 1st, 2013 at 1:51 PM and is filed under Commentary, Creation, Education, Helps, LIFE, Science, theology. You can follow any responses to this entry through the RSS 2.0 feed. You can leave a response, or trackback from your own site.

4 Responses to EVOLUTION AND GOD