MY MEETING WITH NELSON MANDELA 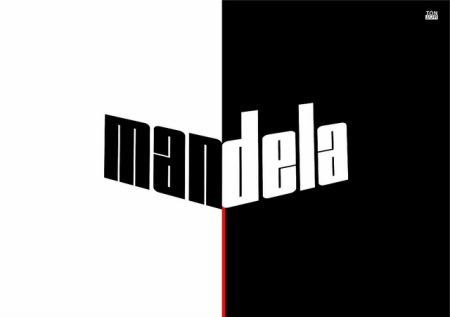 This autobiography is taken from Amazon.com.  Dr. Hammond has written several books and one of them is featured there.  I learned of Dr. Hammond from a theological discussion group with many Romanians and others in which I am involved.  In the research I did on Dr. Hammon, I only found one link that appeared negative.  My computer security would not allow it to be shown.  As there is another Dr. Hammond of note, I’m not sure which one the negative post referred to anyway.  This forum is open to any who would like to add their knowledge of Dr. Hammond or of Mr. Mandela.  This article from the NEW AMERICAN lends a bit more credibility to Dr. Hammond’s comments.  To be balanced, HERE IS A CHRISTIAN SOURCE WITH A DIFFERENT VIEW.

“Dr. Peter Hammond is a missionary who has pioneered evangelistic outreaches in the war zones of Mozambique, Angola and Sudan. Often travelling by off road motorbike, Peter has travelled hundreds of thousands of miles to deliver Bibles to persecuted Christians in Africa and Eastern Europe. In the course of his missionary activities Peter has been ambushed, come under aerial and artillery bombardments, been stabbed, shot at, beaten by mobs, arrested and imprisoned. On some mission trips he has flown far behind enemy lines to the beleaguered Nuba Mountains in Central Sudan with tonnes of Bibles, books and relief aid. He has then walked throughout the war devastated Nuba Mountains showing the Jesus film in Arabic, proclaiming the Gospel, training pastors and evading enemy patrols.

“Rev. Peter Hammond is the Founder and Director of Frontline Fellowship, the Founder and Chairman of Africa Christian Action, the Director of the Christian Action Network and the Chairman of The Reformation Society. He is the author of The Greatest Century of Missions, Faith Under Fire in Sudan, Holocaust in Rwanda, the Great Commission Manual, Faith in Action, Putting Feet to Your Faith, In the Killing Fields of Mozambique, Biblical Principles for Africa, the Discipleship Handbook, Slavery, Terrorism and Islam – the Historical Roots and Contemporary Threat and The Greatest Century of Reformation and the Power of Prayer Handbook. In addition he has co-authored or contributed to: Fight for Life, Make a Difference, The Pink Agenda and South Africa – Renaissance or Reformation?, Character Assassins – dealing with Ecclesiastical Tyrants and Terrorists and Reforming Our Families. He is the Editor of both Frontline Fellowship News and Christian Action.

“For over 26 years, Peter has been dedicated to assisting persecuted Christians and to working for Reformation and revival in Africa. Peter has developed the Biblical Worldview Seminar and Great Commission Course to mobilise Churches to comprehensively apply the Lordship of Christ to all areas of life and to fulfill the Great Commission.

“Peter was born in Cape Town (in 1960) and brought up in Bulawayo (in what was then war torn Rhodesia – now Zimbabwe). He was converted to Christ in 1977, worked in Scripture Union and Hospital Christian Fellowship, served in the South African Defence Force and studied at Baptist Theological College, Cape Town. He also earned a Doctorate in Missiology and has an honourary Doctorate of Divinity. Peter is married to Lenora (whose missionary parents Rev. Bill and Harriett Bathman, have pioneered missionary work into Eastern Europe for over 55 years). Peter and Lenora have been blessed with four children: Andrea, Daniela, Christopher and Calvin, whom they homeschool.

Here is the interview with Dr. Hammond, who met with Mr. Mandela personally:

A SOURCE ON MR. MANDELA AND ABORTION

A SOURCE ON MR. MANDELA AND COMMUNISM

I must admit that I didn’t know much of what is stated by Dr. Hammond or information contained in the other two links here.  I could have included other links that were also found. What do you think?

After receiving THIS VIDEO from my friend Delight in Truth, I checked out one of the claims made.  Sure enough, Nelson Mandela did write an essay called “How to be a Good Communist.”  You can see it HERE.

This entry was posted on Friday, December 6th, 2013 at 11:30 AM and is filed under Commentary, News, theology. You can follow any responses to this entry through the RSS 2.0 feed. You can leave a response, or trackback from your own site.

6 Responses to MY MEETING WITH NELSON MANDELA