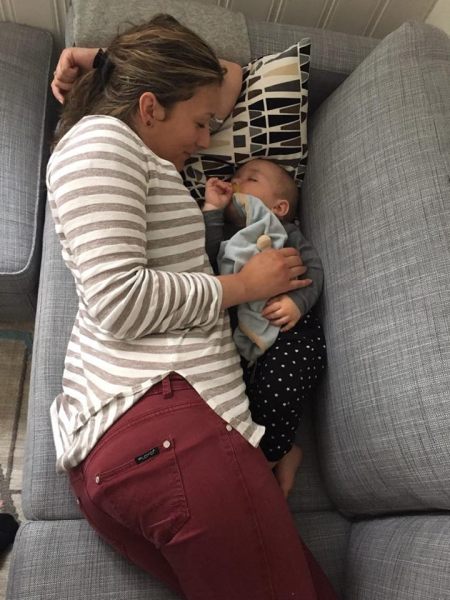 It has been a week since the last Update. Nadia had two more visitations this week, on Thursday and Friday. She is now back in Brandal and will make the trip to see her son again next Thursday and Friday in Bergen. Nadia waits until Monday, August 8th to see if the CPS will let her have Caspian until the very important hearing on August 25th.

As mentioned in earlier reports, a decision about Caspian’s custody will be made on August 25th.

“Interaction between mother and Caspian”

“Good and calm mood preferentially entire assemblage. Mom had her eyes on the child throughout the assemblage. The child seemed comfortably round toys and mother, and was curious to everything around them. He looked even be tired towards the end of companionship and mother were good to notice this. She took him up in his arms, gave him the pacifier and rocked him while she spoke softly to him.”

“Quiet gathering with much interaction between mother and child. My mother was good at and accompany the child and had his eyes constantly. She introduced more toys for your child by being together and spent some of the time without playing, when she spoke to him while she stroked him on the stomach and back, and walked with his arms. The child seemed a little tired by being together. He smiled a lot when the mother tickled him his stomach. He looked at toys and mother, when the Games were moved by the mother and when she sang for him. They had several brief eye contact.”

Nadia’s Mother-in-Law was allowed to see Caspian during the visit on Friday. Caspian’s Grandma has only seen him one other time, at the hospital when he was born. She was allowed to be in the visitation for one hour and had tears in her eyes as she left.

“They took the finest and most precious I had.
I carried him for 9 months in my belly,
I loved him from the first moment I heard his heart ..
Now I’m here again with the best observations ..
Caspian had it good with me and his family who loves him. I hope this works out soon ..”

“I haven’t got him baptized even.”

Caspian will be eight months old Monday. His life has been dominated by decisions made by Norway’s Barnevernet.

Since the second day of his life, Caspian and his mother have been under scrutiny (observation) or apart 80% of the time. 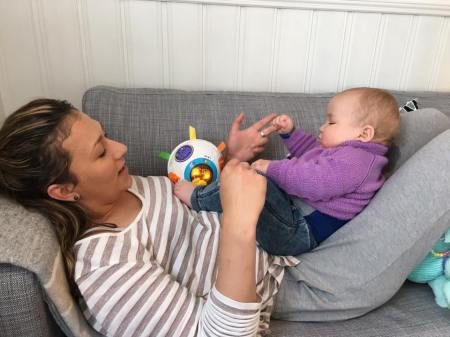 Nadia and Caspian have had three different observers for their visitations. All of the reports seem to agree that the visitations are very positive. This is an indication of Nadia’s consistency during the visits.

This week, a CPS worker in Bergen made a few comments on this blog regarding Maria’s case. Knut Nyguaard, a CPS caseworker has commented here and on other sites about cases like Nadia’s. He didn’t answer several questions I had that I thought were relevant to Nadia’s case. Mr. Nygaard did make this statement:

“I should be closer to understand how Norway, Norwegians and the CPS as a whole works than you up in the Springs, Chris.”

I agree with Knut here. He should understand the CPS system much better than I.

Why, then, doesn’t he answer simple questions? I have asked him many simple questions here and on another forum (Delight in Truth’s Blog) and I haven’t gotten answers. I have asked to see copies of training materials used in the Mother’s homes (Parent and Child Centers). This is only one request among many questions that have been ignored.

Not only is it difficult to get information from this CPS worker, I have observed unbalanced reports in the media, and gotten almost no answers from political parties in Norway.

I did get one reply from the Høyre political party back on June 8th. This is somewhat significant because the Hoyre party is the party of Prime minister Erna Solberg.

“Hello again! The child-welfare act is a system with a need of improvement. It is a system that allows the most vulnerable children to be tossed around between various, seemingly difficult situations. In some cases childrens rights have not been properly protected, the childrens act law has been violated along with multiple limit violations on the child-welfare act, and proper cooperation between the ministry and subordinate agencies is lacking. Our new government is currently working on a reform that will provide better and more customized services. For further inquiries, we strongly advise that you take direct contact with the Ministry of Children and Equality.”

Thus, there is an acknowledgement of problems within the child-welfare system in Norway by a political party that holds powerful positions. The reply mentions: “Our new government is currently working on a reform that will provide better and more customized services.” At this point, I’m not aware of any successful reform that has taken place in Norway’s CPS.

This entry was posted on Saturday, July 30th, 2016 at 7:09 AM and is filed under Commentary, LIFE, News. You can follow any responses to this entry through the RSS 2.0 feed. You can leave a response, or trackback from your own site.