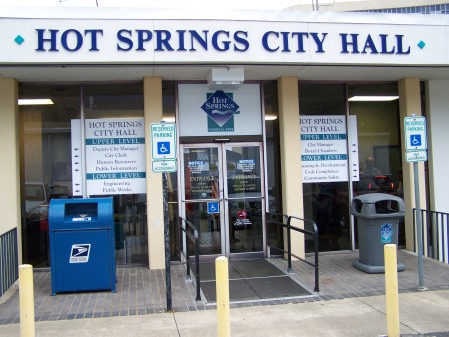 Two new members will join the Hot Springs Board of Directors

I’ve just about caught up on the sleep I lost by investing in the recent elections.  Here are a few observations about the results:

1.  Obviously, folks in Garland County wanted to clean house.  Personally, I wish city voters had done as good a job at cleaning house as the folks in the county did.  I don’t know Sarah, but I think she will do a good job.  Based on what I heard from trusted friends, however, we lost a talented and knowledgeable worker in Tammy.  It’s too bad that, when the “house is cleaned,” something good occasionally gets tossed too.

3.  Someone – I’d recommend the churches – should have a voter registration drive for the folks in city district 2 before the next election.

4.  Mr. McCabe proved that negative campaigning can be effective in local elections.

5.  The City Council will not be called the “Good Ole Boys” any longer; It’ll have to be “Good Ole Girls.” (Because of the new faces, I don’t think the term will be fitting any longer in a general sense.)

6.  No matter what anyone thinks about the republican run in the nationals, 7 of 10 American Christians still think they are going to heaven based on their good works.  I don’t know how many are unaware of the “other half of the coin.”  Namely, “For we are His workmanship, created in Christ Jesus for good works…”  Ephesians 2 contains basic Bible truths that have somehow gotten lost in the shuffle.

7.  I am happy to see that we may have the most pro-life congress since abortion was legalized in 1973.

8.  Many are saying that gridlock will be the result of the new national political situation.  If that stops the spending spree, I think it is a good thing.

9.  The sign making companies must have had a banner year.

10. The debuts of many folks that have never been in a public service position before can only be a very healthy thing.

I’m going back to bed now.  It was a long election season.  May God bless the efforts of those who serve in an unselfish manner.  We will be praying for you.

This entry was posted on Friday, November 5th, 2010 at 10:51 PM and is filed under Commentary. You can follow any responses to this entry through the RSS 2.0 feed. You can leave a response, or trackback from your own site.