Today, the candidate that I endorsed for the Arkansas State House passed away.  According to the Arkansas Times:

Keith Crass, a Hot Springs accountant and Republican candidate for state representative District 24, died today of a heart attack, a campaign spokesman has announced. He was 51. 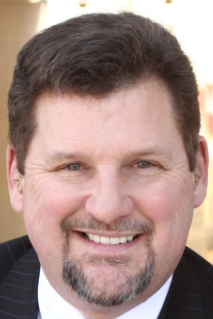 Here’s the press release sent out by the Republican party:

“Our party today mourns the loss of Keith Crass. The gates of heaven have opened to receive another good and faithful servant into the arms of our Creator. Our prayers go out to the Crass family and all who knew and loved Keith. As a young boy growing up in Arkansas, Keith Crass’ dream was to serve his fellow Arkansans by serving in the Arkansas Legislature. Over the past several months, he has become known to many as someone who loved his community and state. He was a fighter for a more effective and ethical government and wanted nothing more than to serve the people he loved with integrity.”

Arkansas election law states that Mr. Crass’ name will remain on the ballot.  Should he receive the most number of votes, a vacancy in the election will have occurred and the Governor will be asked to call for a special election.

This entry was posted on Wednesday, October 27th, 2010 at 8:55 PM and is filed under Commentary, News. You can follow any responses to this entry through the RSS 2.0 feed. You can leave a response, or trackback from your own site.