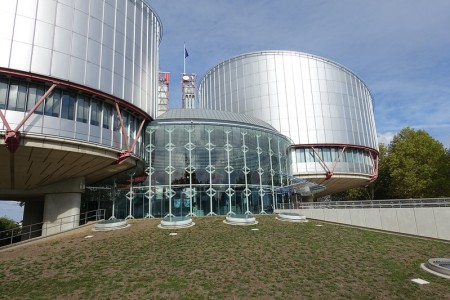 On March 10th, two important child welfare case decisions were made by the European Court of Human Rights (ECtHR). Unanimous convictions were made in both cases, clearly and strongly denouncing Norwegian authorities.

“1. Everyone has the right to respect for his private and family life, his home and his correspondence.
2. There shall be no interference by a public authority with the exercise of this right except such as is in accordance with the law and is necessary in a democratic society in the interests of national security, public safety or the economic well-being of the country, for the prevention of disorder or crime, for the protection of health or morals, or for the protection of the rights and freedoms of others.” (Guide on Article 8)

EHtCR judges found that Norwegian officials were guilty of unexcused and unbridled intrusion into normal family life in the March 10th decisions. These same officials/authorities were found guilty of being “responsible for a situation of family breakdown.”

In the case of HERNEHULT v. NORWAY, the Court noted a recent case where precedent had been clearly declared:

“61. The general principles applicable to cases involving child welfare measures, including measures such as those at issue in the present case, are well-established in the Court’s case-law, and were recently extensively set out in the case of Strand Lobben and Others v. Norway.”

Back in September (10 September 2019), in the case of STRAND LOBBEN AND OTHERS v. NORWAY, the ECtHR judges in Strasbourg found Norway in violation of Article 8 by a vote of thirteen to four.

In the second case decided on March 10th, PEDERSEN AND OTHERS v. NORWAY, the Court also referred to the Strand Lobben case:

“39. Other relevant material relating to domestic and international law is referred to in the Court’s recent judgment in the case of Strand Lobben and Others v. Norway.”

The citation of previous litigation in both HERNEHULT v. NORWAY and PEDERSEN AND OTHERS v. NORWAY explains how the Court came to its united condemnation.

The two cases have several similarities. One is that the wives in each case were not born in Norway. Hernehult’s wife is a Romanian national, and Pedersen’s wife comes from the Philippines.

Over 20 similar cases are slated to be decided by the EHtCR in the coming months. No one knows how many more applications against the Kingdom of Norway are forthcoming.

How many more decisions like this will have to be made before the Norwegian Child Welfare Services, otherwise known as the Barnevernet, will begin to see that the world is waking up to its crimes? I am pleased by these wise decisions of the ECtHR. It is obvious that they can now see through all of the miasma belched into our habitat by the Barnevernet and Norwegian officials. I’m not aware of anyone who is satisfied with the settlements made, but these recent decisions are steps in the right direction certainly. The ECtHR’s references to the Lobben case in the March 10 decisions reveal recent, positive movement. The court is clear…it is using “well-established” “case law” for its decisions. I am very thankful and yet…

How can any reparations repay someone for a child stolen?

In the Pedersen case, paragraph 68 of the ECtHR judgment speaks for itself:

68. The Court emphasizes that to the extent that these decisions implied that the authorities had given up reunification of the child and the natural parents as the ultimate goal, the conclusion that placement must be considered to be long-term should only have been drawn after careful consideration and also taking account of the authorities’ positive duty to take measures to facilitate family reunion. However, in this case the decision to impose a very strict visiting regime cemented the situation at the very outset, making it highly probably that the child would become attached to the foster parents and alienated from the natural parents, thus precluding any realistic possibility of eventual reunification. Indeed, this is precisely what happened in the present case. In this respect, the Court recalls that where the authorities are responsible for a situation of family breakdown because they have failed in their obligation to take measures to facilitate family reunification, they may not base a decision to authorize adoption on the grounds of the absence of bonds between the parents and the child (see Strand Lobben and Others, cited above, § 208).
You can read the details of the case and the court’s decision HERE.

In, 2013, Mr. Dan Mikael Hernehult moved to Norway with his wife and three boys and before the year was out (November 4th) the child welfare service issued emergency care orders for all three children in accordance with section 4-6 of the Child Welfare Act. (You can download a PDF copy of the Child Welfare act here.) They were placed in emergency foster homes the same day. The sad account does not stop there. You can read the details of the case and the court’s decision HERE.

Many in Norway have been hoping and praying for the type of decision made in the Hernehult case. In it, the Norwegian authorities were convicted of wrongfully taking two of the boys into care in the first place. This is an opening salvo of, hopefully, many more decisions like it.

Professor Marianne Haslev Skånland is the one who referred me to Paragraph 68 in the Pedersen case and she was particularly pleased with the decision in the Hernehult case. She writes:

“The judgments have made things increasingly clear, up to now, when they write so clearly that they (the ECtHR judges) both condemn the taking into care of two of the children, AND the failure to return them.”

“I am really most of all glad of the judgments from February 2020 which I found against Russia and Romania. Not because I am glad to see that in those countries, too, they have social services which more or less frequently make enemies of parents and seem to delight in disrupting family bonds. But because I see a trend in what the ECtHR is doing: They now seem wide awake to the fact that they have a duty to carry out here: help combat a very destructive trend – the trend of believing that biological parents are of no importance to their children and that the social services can provide children with better conditions and satisfactory ’stimulation’! That is pure, speculative psychobabble – quackery, and all experience disproves it.”

Marianne’s description of Barnevernet philosophies as “speculative psychobabble” fits my understanding perfectly. She has broad knowledge of child welfare services inside and outside of her home country of Norway. HERE, on her homepage, you can see links to the Norwegian cases leading up to and including those mentioned in this post.

With all of the challenges families face in our time, the last concern should be about government entities separating loving families. Many countries are having similar problems. It is important that we become aware of the philosophies of child welfare in all countries.